Ahead of Ram Mandir Bhumi Pujan, here’s taking a look at the largest Hindu temple complexes in the world

In The News Life & Style Travel
0

The temple in Ayodhya dedicated to Shri Rama shall be the world’s third-largest Hindu shrine, reports suggest. Ahead of the Bhumi Pujan on August 5, here’s taking a look at some of the world’s largest temples.

The Bhumi Pujan or the foundation stone-laying ceremony of the Ram Mandir in Ram Janmabhoomi, Ayodha, organised by the Shri Ram Janmabhoomi Teerth Kshetra Trust, shall take place on August 5. The sacred monument dedicated to Shri Rama in his birthplace is touted to be the world’s third-largest Hindu temple complex. The grand temple is expected to be about 270-280 feet wide, 280-300 feet long and 128 feet high. And as devotees look forward to the groundbreaking ceremony of the sacred site, here’s taking a look at some of the world’s largest Hindu temple complexes. 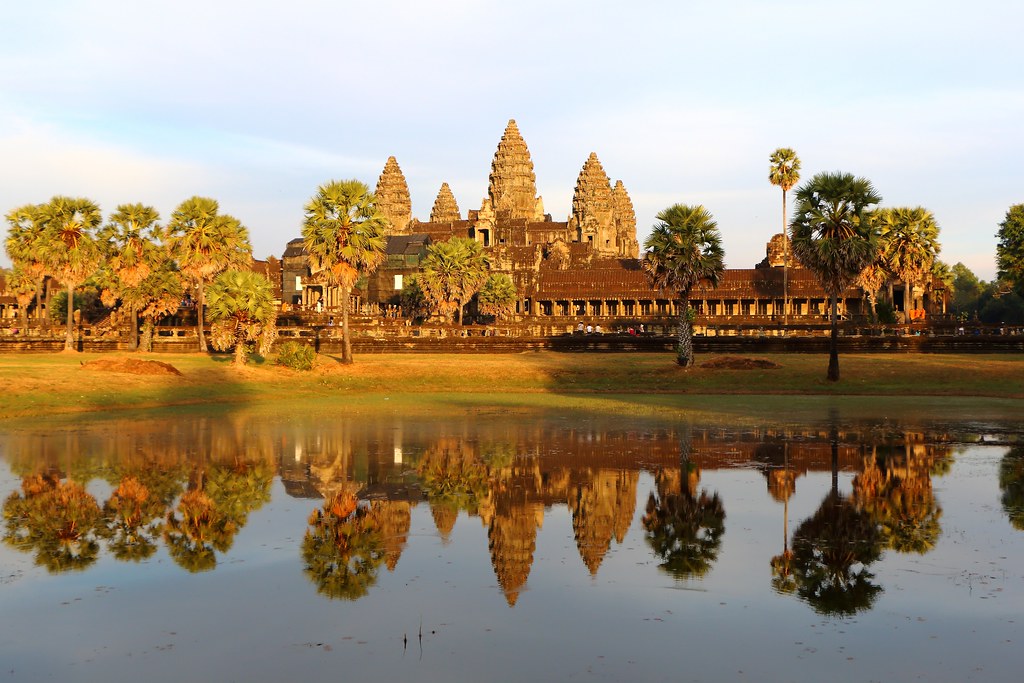 The Angkor Wat, a twelfth-century architectural marvel built near the modern town of Siem Reap in Cambodia, is the world’s largest Hindu temple complex. Dedicated to Lord Vishnu, the Sanskrit term Angkor Vat roughly translates to City of Temples. It was later converted into a Buddhist place of worship. This monument is a symbol of the nation and one of UNESCO’s World Heritage Sites. The temple is spread over 401 acres/ 162.6 hectares. 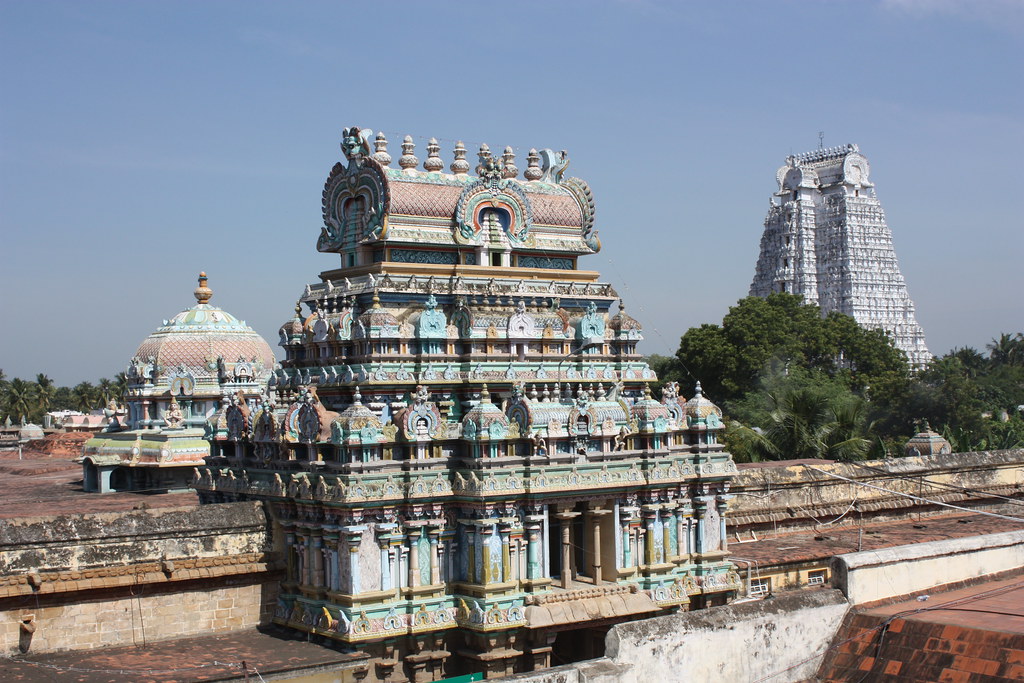 The Ranganatha Swamy Temple in Tiruchirapalli, Tamil Nadu dedicated to Maha Vishnu is believed to be the second-largest Hindu temple complex in the world. The shrine, which is an architectural marvel, is spread over 155 acres and it attracts devotees from across the globe. Moreover, it is the largest functioning temple in the world today. 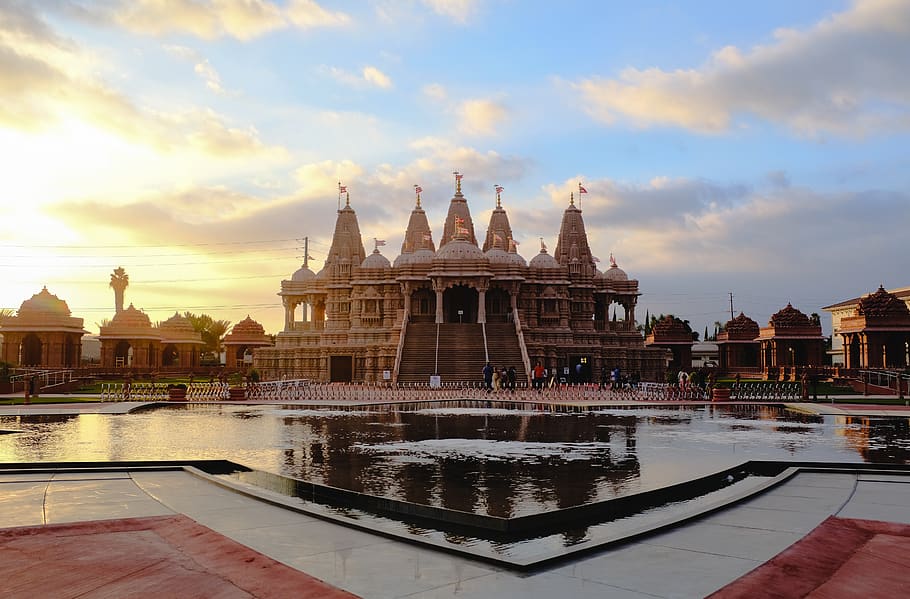 3) Swaminarayan Temple in the US

The Swami Narayan Temple complex in Robbinsville, New Jersey, finds a mention in the list of the world’s largest Hindu temple complexes. The construction of the temple began in 2010 and was completed in four years. The architectural wonder is made of white marble, limestone and Indian pink stone. 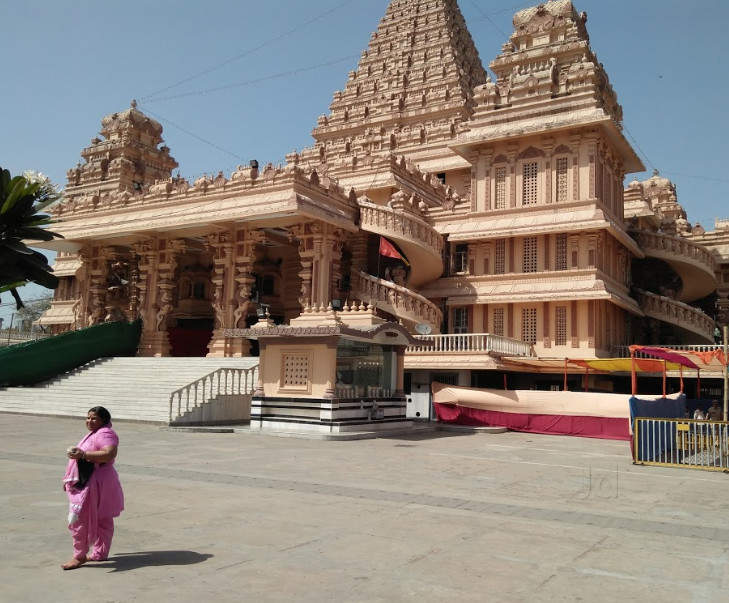 The temple dedicated to the Katyayani form of Mother Goddess Durga in Chhatarpur, off Mehrauli-Gurgaon road in Delhi is spread over 70 acres. The temple reflects the Dravidian style of architecture and is a spellbinding product of art.

The Swaminarayan Akshardham Temple in Delhi, which was officially opened in 2005, is one of the world’s largest Hindu temple complexes. A place of worship of the Bochasanwasi Akshar Purushottam Swaminarayan Sanstha, a denomination of the Hindu Swaminarayan Sampradaya, this temple is an architectural marvel made of pink sandstone and Italian Carrara marble. 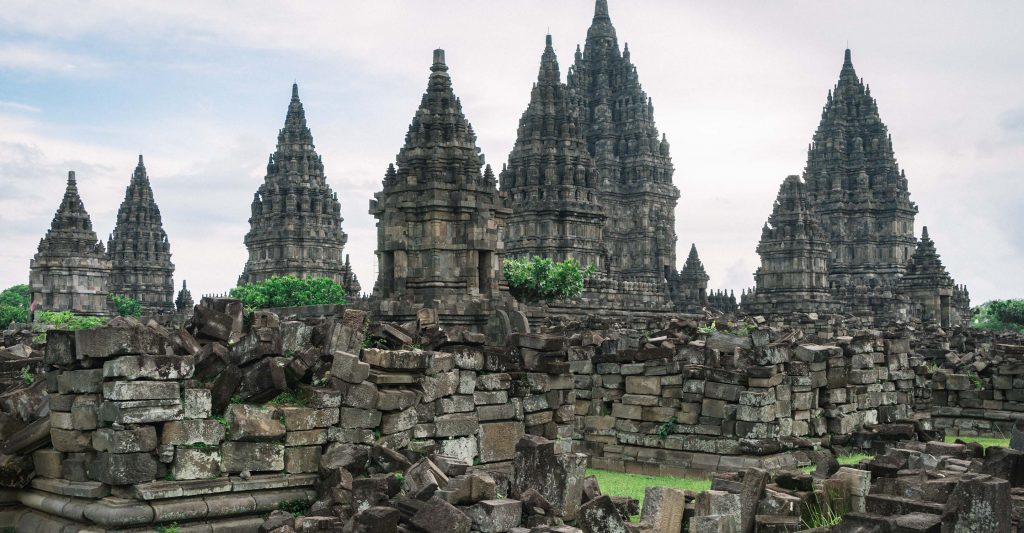 The Praramban Temple, in the Central Java region of Indonesia, is the second-largest Hindu temple complex in South-East Asia. Dedicated mainly to Lord Shiva, the Praramban temple also has monuments that pay obeisance to other Hindu deities. Small wonder that it is a part of the UNESCO World Heritage sites.

Despite a new and wider wave of COVID-19 infections in the country, the Bank of Thailand (BoT) has assesse

On January 15, 2021 at Nakhon Si Thammarat Provincial Administration Organization, His Majesty the King a

After the COVID testing chaos occurring here, India’s Kidmabi Srikanth and Saina Nehwal progressed to the