Screenshots of conversations among members of an Instagram group called ‘Bois Locker Room’ lay bare alarming levels of misogyny among young boys. The group, which comprises some 50 teenage students of schools in Delhi, was sharing nude photographs of teenage girls, many of whom were their classmates. The girls’ physical attributes were discussed in degrading language and rated by members of the group. The boys’ conversations were markedly sexual and violent. They discussed sexually assaulting the girls, raping and even gang-raping them. The conversations provide disturbing insights into the extent to which sexual assault and rape have come to be normalised in our society. The boys spoke casually about raping and gang-raping girls. Rape is often used as a weapon to punish a woman and to ‘teach her a lesson’. The members of the ‘Bois Locker Room’ were contemplating such punishment for their classmates. To them, rape and gang-rape were entertainment, fun activity to engage in. Given how rampant misogyny is in our society, many will simply laugh off the sexually violent conversations of the ‘Bois Locker Room’ group as just ‘typical boy talk.’ Such dismissal of sexual violence, even if it is only talk, is dangerous. Many such boys grow up into violent and abusive men, not an uncommon phenomenon on Delhi’s college campuses and in dating relationships. 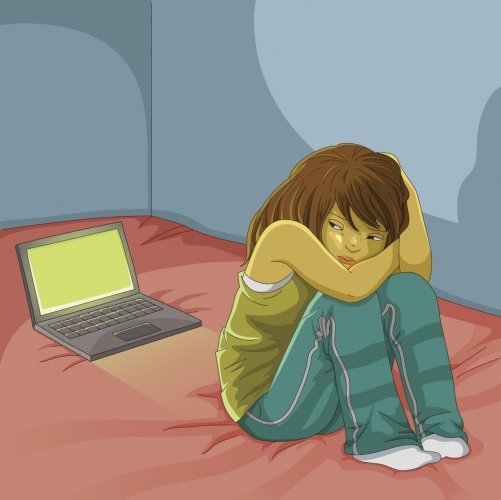 The misogyny on display in the ‘Bois Locker Room’ is not an isolated occurrence in our society. It is rampant not just on social media or in films but in the real world. Countless incidents of rape and gang-rape happen every day in India. Other forms of sexual violence are even more rampant. Yet, we are averse to addressing it head on. Society continues to ignore the everyday violence in our vocabulary which is so full of sexual innuendos and misogynistic ‘humour’. It even applauds male sexual aggression.

We must act against all forms of sexual violence, the insidious and implicit as well as the explicit assaults. We need to have open conversations about our patriarchal society and the misogynistic mindset and sexual violence it encourages. Such conversations must happen not just in the media but in schools and homes. Sex education is a taboo topic in this country but such education in all schools, private and government-run, is necessary not only to inform our children about sex and practicing safe sex but also to provide them with a safe space where they can discuss sex-related issues without shame or disrespect. The ‘Bois Locker Room’ incident is a wake-up call which we must act upon now.

Despite a new and wider wave of COVID-19 infections in the country, the Bank of Thailand (BoT) has assesse

On January 15, 2021 at Nakhon Si Thammarat Provincial Administration Organization, His Majesty the King a