After a military officer from Egypt and a girl from Sudan were found separately to be infected with the COVID-19 virus, the Spokesman for the Center for COVID-19 Situation Administration (CCSA), Dr. Taweesin Visanuyothin, today provided details of both cases following a 24-hour investigation.

The Egyptian soldier arrived in Thailand on July 8, 2020. He stayed at D Varee Hotel from July 8 to 11 and then returned to his home country. An investigative team was sent to check the hotel on July 10.

The CCSA Spokesman admitted that the information was problematic because the embassy had to seek permission from the Ministry of Foreign Affairs before the issue could be taken up with the air force. Action had been taken numerous times, and the delegates’ visit was in line with the protocols. Thirty delegates tested negative for COVID-19, while one delegate had to be tested again because the initial result was not clear. The result came back after he had left Thailand.

Health authorities have so far tested 394 people who visited LaemThong Shopping Plaza and 1,488 people who went to CentralPlaza Rayong that day. However, the authorities could not contact seven people, and the Department of Disease will try to contact them again.

Meanwhile, the nine-year-old Sudanese girl arrived in Thailand on July 10, 2020, and tested positive at the screening checkpoint. She was sent to a hospital for treatment, while her relatives stayed at a designated condominium unit. The family and the charge d’affaires did not leave the facility. Seven people were in close contact with the family. Fifteen others are considered to have been low-risk contacts after having used an elevator with this family. 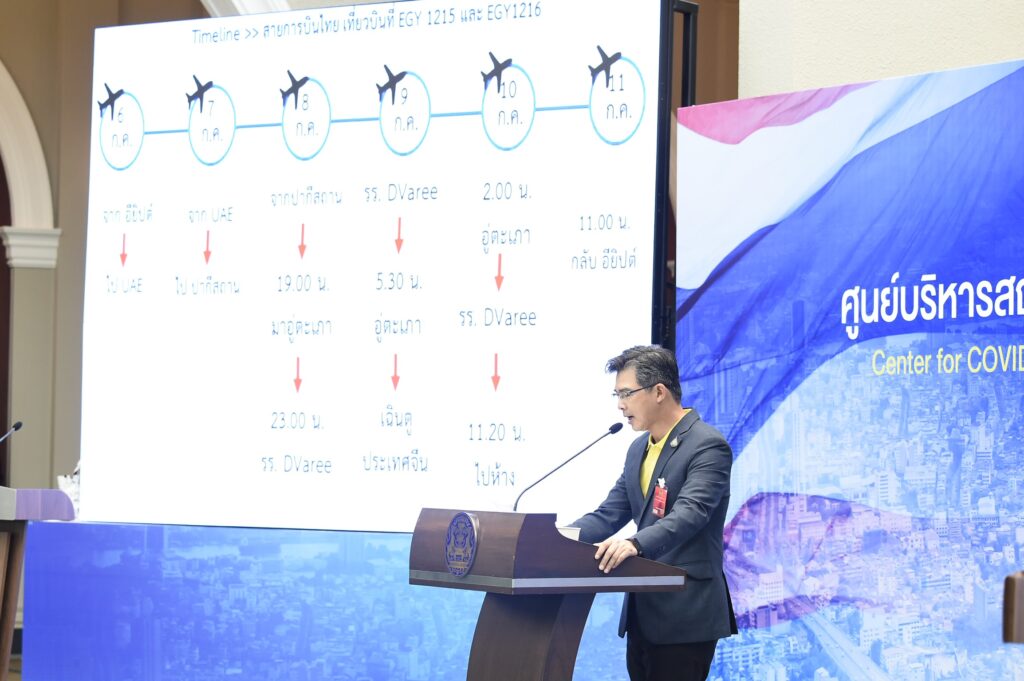