Changing the Narrative, Seizing the Initiative 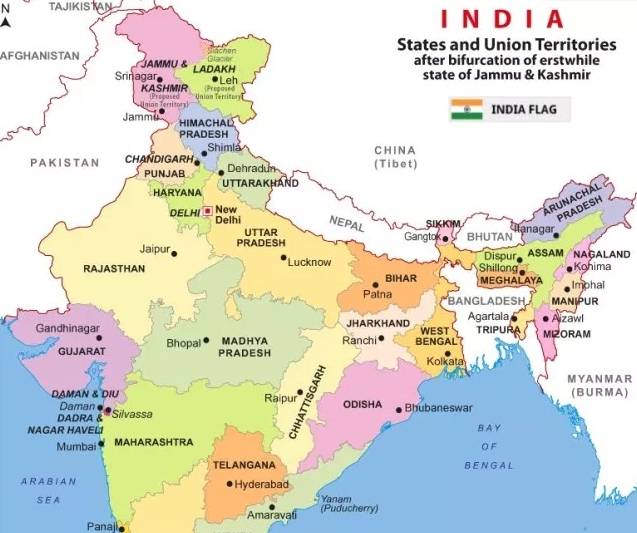 For the past almost 100 years those behind the idea of Pakistan have been seizing the narrative and forcing us to be reactive. They have always provoked conflict and then pretended to be victim. Through this strategy they have got away with murder and genocide, exterminating their own people and hardly facing any consequences. We have always been on the defensive. Two illuminating examples are: i) the efforts that it took India to explain to the world that genocide was happening in erstwhile East Pakistan and ii) that India is a victim of cross-border terrorism, which was fomenting the separatist movement in Kashmir.

Since before it’s creation, proponents of the Pakistan ideology have bred and cultivated hatred against India. Their raison-de-etre is contra-India. While the list of what they have been doing is endless here is an attempt to enumerate a few instances:

– Formation of Muslim League and demand for Pakistan;

– Collaboration with the British during the World War II;

– Forcing the decision on the formation of Pakistan by perpetrating the Great Calcutta killings;

– Massacre of innocents during the partition;

– Making India the sole target & focus of its foreign policy and diplomacy, always attempting to humiliate India in international forums; while parroting the demand for implementation of UNSC resolutions, conveniently ignoring to implement their own obligations;

– the calculated nexus with China, which is clearly anti-India;

– joined international alliances during the Cold War such as SEATO and CENTO to obtain military advantage against India;

– genocide in Bangladesh & no trials of the war criminals;

– systematic elimination of religious and ethnic minorities- Hindus, Christians, Shias, Ahmediyas, Pashtuns, Mohajirs, amongst others – they have either been forced to convert or fled the country and those who remain there are in perpetual fear as second class citizens;

– propping up a medieval ideology in terms of the Taliban and thereby;

– blatantly undermined the Western/US military in Afghanistan resulting in the failure of their efforts to bring peace to Afghanistan;

– mercilessly destroyed the culture and identity of its constituent provinces- Sindh, Balochistan and NWFP;

– in the name of fighting terrorism, perpetrated genocide on the Pashtuns in FATA; bombed and strafed civilians using bombers, helicopter gunships and fighter aircraft;

– develop a military state, constantly at war with India;

– have ceaselessly tried to change the balance of power in the region by inducting advanced weapon systems such as F-16, developed a clandestine nuclear and missile programme with the help of proliferators;

– blatantly support Kashmiri separatists and perpetrate terrorism in India resulting in killing of more than 40,000 people in Kashmir itself;

– being behind the violence against the Kashmiri Pandits resulting in their flight from the valley;

– openly support hijacking of civilian aircraft and give sanctuary to hijackers

(the Kandahar case among others );

– give shelter to terrorists and criminals, be it Masood Azhar or Dawood or Osama Bin Laden;

– while claiming to be the saviour of Kashmir, deviously ceded part of the Pakistan occupied territory of Kashmir to China;

– separated Gilgit Baltistan from so called Azad Kashmir and almost made it into what is euphemistically called as ‘Northern Areas’, the country’s fifth province;

– changing the demography in Occupied Kashmir. So much so that the President of the so called Azad Kashmir is a non-Kashmiri;

Today, August 5, 2019, with the abrogation of Articles 370 and 35A, India has changed the narrative and seized the momentum. It is a momentous day for India. It will take time to see and realize the implications of today’s decision. The struggle is generational, what has been done will benefit future generations of Indians. It has an important collateral of taking out the wind of Pakistan’s sails. Pakistan has always tried to change the status quo with respect to its neighbours be it India (through aggression and cross-border terrorism) or Afghanistan (it’s strategic depth policy). In recent times, they had once again demanded of world powers (notably US) to bring pressure on India to negotiate on Kashmir in return for helping in Afghanistan. Now that India has changed the status quo by actions entirely internal and domestic, it is crying wolf. This move by India has deprived Pakistan of their blackmailing strategy vis-a-vis Afghanistan. They will now scramble to find another narrative to play victim hood. Another false narrative that has been peddled for too long and not been countered is the so called “right to self determination” of the people of Kashmir. It is totally absurd, baseless and illegal as is the right of say the people of Kosi Kalan or Kolkatta to self determination. The aspirations of the people of India for self determination have been met through the “India Independence Act 1947”. Period. No other peoples of India have that right. The Indian union is now permanent and indestructible. For eternity.

A new era has dawned today for India and the people of Kashmir. The idea of India has been strengthened. We will be the story tellers now on and we will tell our story.