Bollywood In The News Sports
0 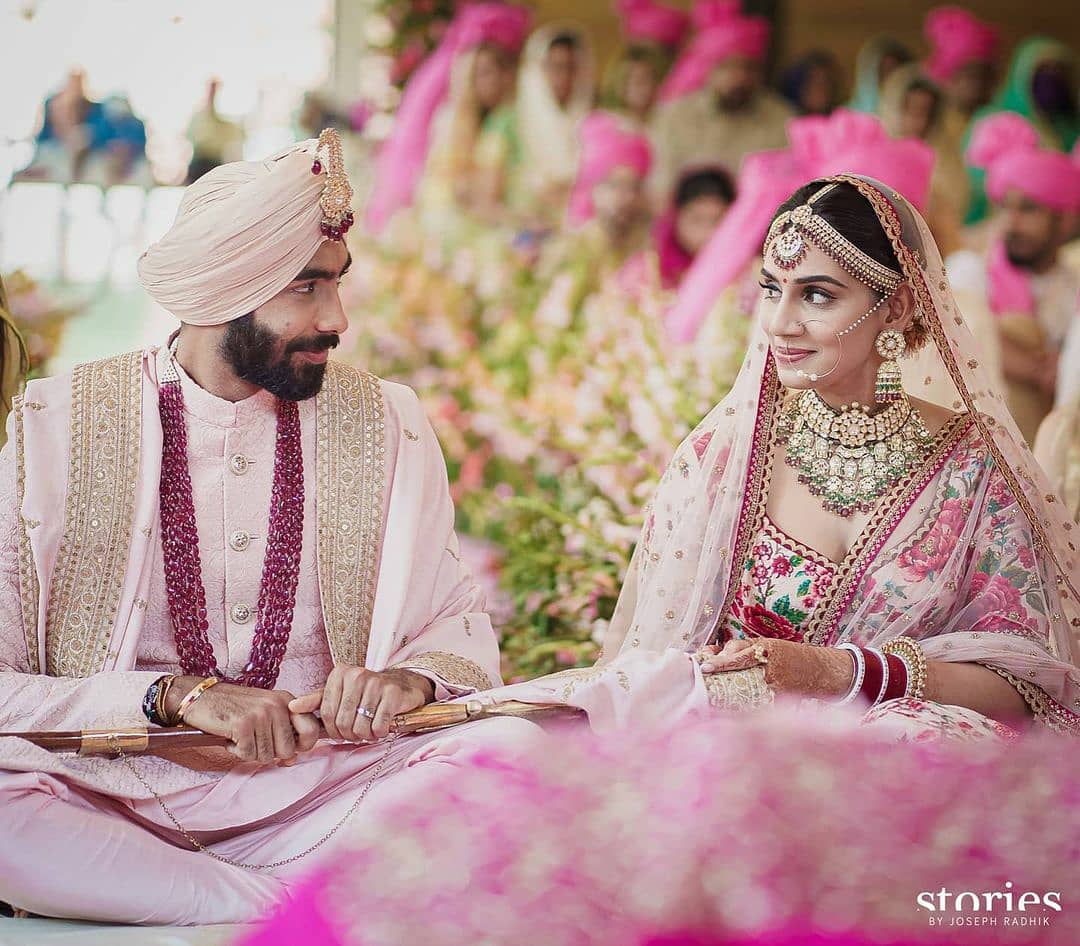 Indian pacer, Jasprit Bumrah has tied a knot with model-turned-TV presenter Sanjana Ganesan in Goa. As reported, the ceremony was attended by a limited number of guests. The marriage took place amid a lot of hush-hush and utmost secrecy. The couple was extremely low-key about the marriage and not even their close friends say anything to the media.

The First Pic of the marriage was shared on the Instagram handle of Jaspirt Bumrah. The fast bowler captioned the image as “Love, if it finds you worthy, directs your course.”

Due to “personal reasons” Bumrah had asked for a leave from the rest of the England tour. However, it was not confirmed as there was nothing heard from the cricketer himself on the matter. But a BCCI source told ANI, “He informed the BCCI that he is getting married and has taken the leave to help in preparations for the big day.” Bumrah will also miss the entire T20I and ODI series against England which began on March 12, 2021.

Some sources close to the Bumrahs also confirmed that only 20 guests from either side were present at the wedding ceremony of the cricketer which strictly had a ‘no phone policy’.

As the pandemic restrictions are still in place and all the cricketers present in bio-bubble during the on-going cricket matches, none of Bumrah’s teammates attended the wedding. It is being said that cricketers and other BCCI officials will attend a reception ceremony on a different date.  Bumrah was born and brought up in Ahmedabad, Gujarat. After the untimely death of his father, he and his sister were raised by their mother. The fast bowler studied and first took up cricket under the coaching of Kishore Trivedi.  His mother was the vice-principal of Nirman Public School.

Sanjana, on the other hand has been a cricket presenter for Star Sports and other channels. She began her career in the reality show Splitsvilla. She also is a big KKR fan and has also done a show featuring the inside of KKR dressing room.