the Indian Defense Minister, Rajnath Singh, praised the close and longstanding ties between the Thai and Indian militaries. Gen. Prawit insisted that more cooperation with India would be promoted, especially between their defense industries and in maritime security.

Gen. Prawit thanked the Russian representative for the country’s chairing of the Joint Commission on Military Medical Expertise between 2014 and 2017 and for attending military medic training exercises in 2016.

The Russian Deputy Minister of Defense confirmed his country’s readiness to continue to develop military cooperation from training to the military industry while lauding the medical achievements of Thailand’s military. He invited Thailand to the Moscow Conversation as well as to a military sporting competition set to take place next year.

Speaking with the Australian Defense Minister, Linda Reynolds, Gen. Prawit similarly voiced appreciation for long standing diplomatic ties and assured her that Thailand will continue to be a key partner with Australia in the Indo-Pacific. He voiced particular thanks to Australia for helping in the effort to save the members of a Thai youth football team trapped in a flooded cave last year, and stated that the government supports the development of Thai-Australian relations in all respects.

In a meeting with the Singaporean Defense Minister, Ng Eng Hen, discussions focused on the long standing close ties between the two ASEAN nations with Singapore congratulating Thailand on its successful chairmanship of the bloc this year, and thanking it for supporting Singaporean military training. The Singapore official said his country would support Thailand chairing a Thai-US committee on maritime stability.

Meanwhile, the Indian Defense Minister, Rajnath Singh, praised the close and longstanding ties between the Thai and Indian militaries. Gen. Prawit insisted that more cooperation with India would be promoted, especially between their defense industries and in maritime security.

Gen. Prawit then met with the South Korean Defense Minister, Jeong Kyeong-doo. They highlighted their countries’ cooperation on defense and expressed mutual appreciation that exchanges in knowledge and technology were taking place. South Korea gave its support to Thailand assuming the Chairmanship of ASEAN.

The South Korean official also thanked Thailand for sending in troops during the Korean War. He added that South Korea is ready to enhance the bilateral cooperation with Thailand in all respects. 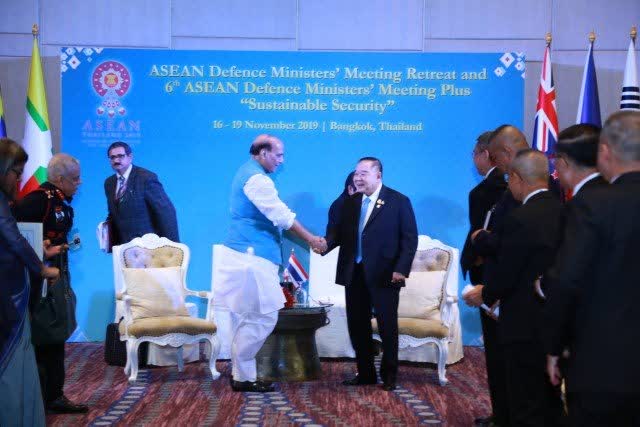 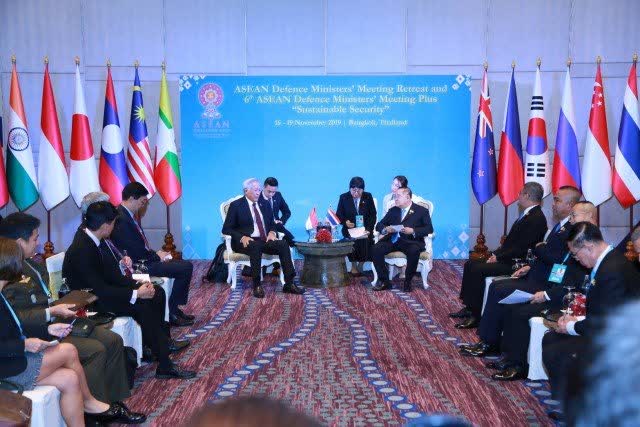