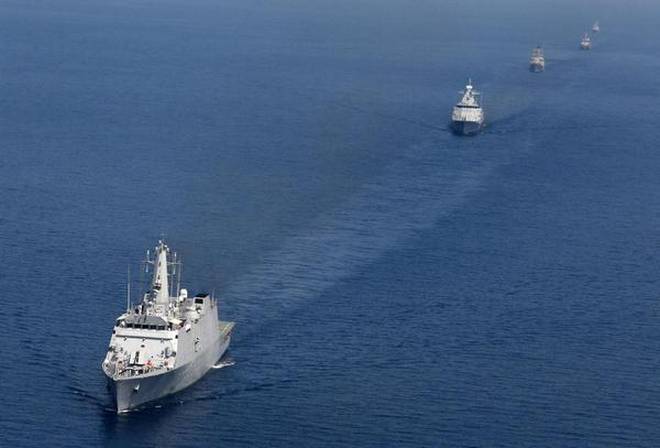 The second edition of the India, Thailand and Singapore trilateral Naval exercise SITMEX-20 concluded in the Andaman Sea on Sunday and the 27th edition of India-Singapore Bilateral Maritime Exercise SIMBEX-20 is scheduled to be held in the same area from November 23 to 25.

“The exercise, being conducted as a ‘non-contact, at sea only’ exercise in view of COVID-19 pandemic, highlights growing synergy, coordination and cooperation in the maritime domain between the three friendly navies and maritime neighbours,” the Navy said in a statement.

The first edition was hosted by the Indian Navy and was held off Port Blair in September last year. Besides improving inter-operability between the friendly navies, SITMEX series of exercise also aim to strengthen mutual confidence and develop common understanding and procedures towards enhancing the overall maritime security in the region, the statement added.

For SIMBEX, the Indian Navy is deploying destroyer INS Rana with its integral Chetak helicopter in addition to INS Kamorta and INS Karmuk which are already in the area. In addition, submarine INS Sindhuraj and P8I maritime reconnaissance aircraft will also participate in the exercise, the Navy stated.

Brazil Thanks India For 2mn Doses Of COVID Vaccine; Says 'honoured To Have Great Partner'