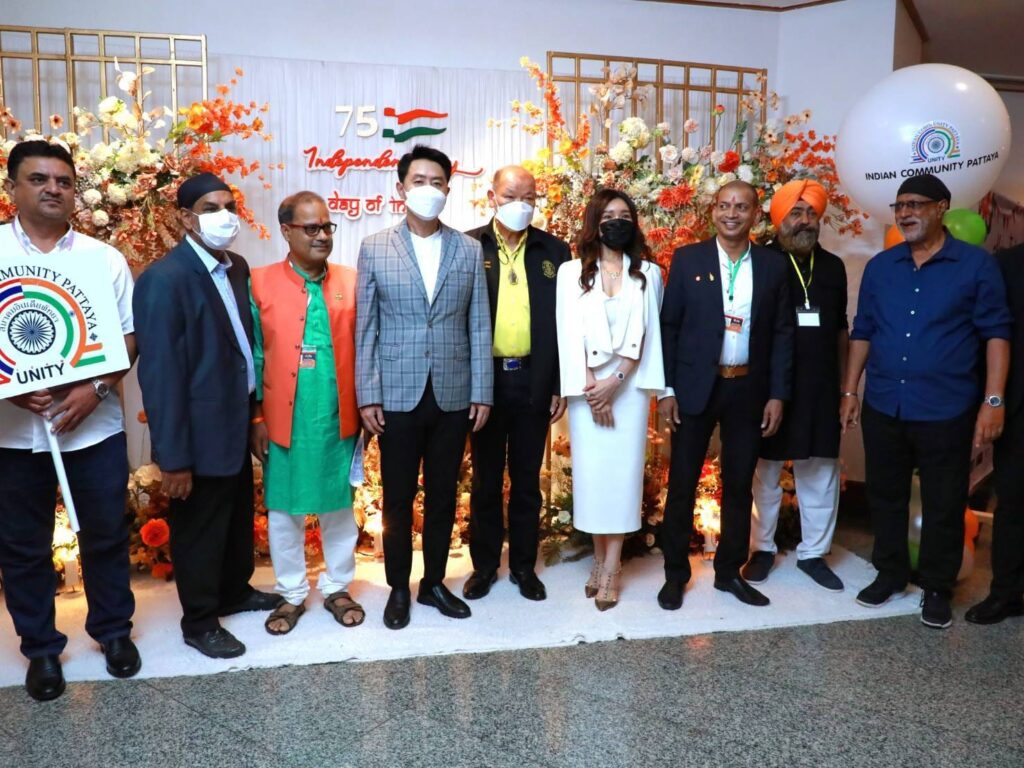 This was addressed by the Mayor of Pattaya City. In his welcome address the Honorable Pattaya City Mayor emphasized on the role of Indians in the development of a country. Other senior officers from Pattaya City hall and Chonburi province attended this event.

Mr. Ranjeet Singh began her address by wishing everyone the freedom that we have attained after a long revolution. She was keen to spread the message that the present generation should value the struggle and the pain that the freedom fighters went through.

On the occasion, 12 children were honored by the Honorable Pattaya City Mayor and given an appreciation certificate for their performance.

Thereafter, in the cultural event patriotic songs were presented in various languages celebrating the diversity of our Nation. The event was brought to a close by Dinner.