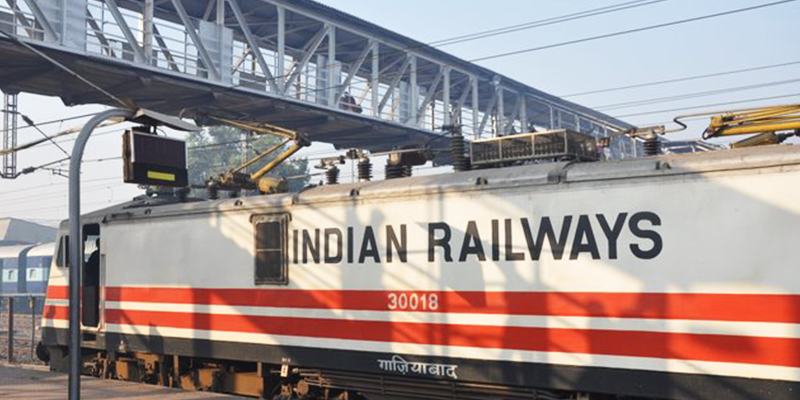 In an unprecedented move, the Indian Railways on Sunday announced the suspension of all its passenger services from March 22 midnight till March 31 midnight to curb the spread of coronavirus. Only goods trains will run during the said period, it stated.

The Railways had already trimmed down its services on Friday by cancelling a majority of trains. However, it had allowed all trains that had already started the journey to continue.

According to a new order issued by the Railways, only goods trains will run from March 22 midnight to March 31 midnight.

“However, bare minimum suburban services and the Kolkata Metro Rail service will continue till March 22 midnight. Thereafter, these services will also be stopped till March 31 midnight,” a spokesperson of the Indian Railways said.

The national transporter alerted passengers of possible infection while travelling by trains, stating that it had found some cases of coronavirus infected passengers on trains.

A couple was deboarded from a Delhi-bound Rajdhani train on Saturday after co-passengers noticed a home quarantine seal on the husband’s hand, the Railways said, urging people to avoid non-essential travel for the safety of fellow citizens and practise social distancing.

The Railways reported two other recent incidents when people asked to remain in quarantine were found travelling on trains. Of the total people detected in the two instances, 12 tested COVID-19-positive.

It has also relaxed refund rules for people who booked tickets to travel between March 21 and June 21.

For trains cancelled by Railways during this period, refund across counters can be taken on submission of ticket upto three months from the date of journey, instead of the present three-day rule.

In cases where the train is not cancelled but the passenger wants to cancel his journey, the TDR (Ticket Deposit Receipt) can be filed within three months from the date of journey at the station, the order read.

In view of the janata curfew announced by the Prime Minister, Railways on Friday cancelled all passenger trains originating between Saturday midnight and 10 pm on Sunday.

It also reduced to bare minimum its suburban services in Mumbai, Delhi, Kolkata, Chennai, and Secunderbad, and cancelled all long-distance mail/express and intercity trains, including premium trains originating between 4 am and 10 pm on Sunday.
However, trains that had commenced journey already prior to the above timelines will run up to their destinations, it said.

The national transporter’s subsidiary IRCTC also announced that while its on-board services in mail/express trains will be trimmed to packed food like chips, biscuits, tea and coffee, food plazas, refreshment rooms, Jan Aahars and cell kitchens would only allow takeaway.

However, Rajdhani and Shatabdi will continue to have on aboard services, it said.

The Railways has also ordered the closure of its rail museums, heritage galleries, and heritage parks up to April 15 as a preventive measure to control the spread of the novel coronavirus.

“Keeping in view the serious nature of the circumstances, it has been decided by the Competent Authority to close down all the rail museums, heritage galleries and heritage parks of Indian Railways up to 15 April 2020,” the order said.

UNITED AGAINST CORONA THROUGH ART Art in the time of CORONA