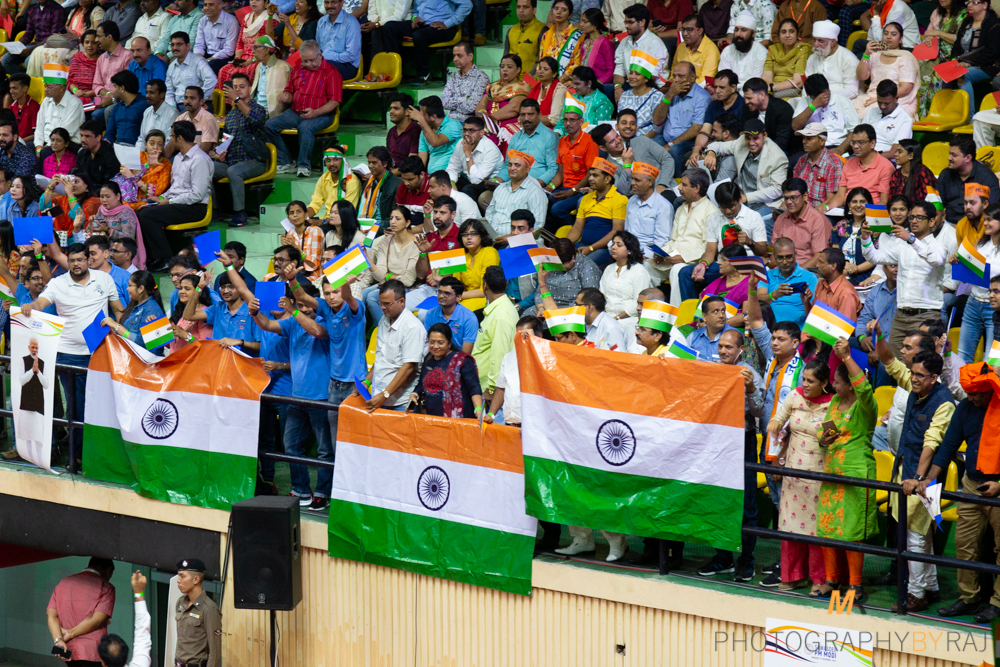 Prime Minister Narendra Modi addressed the Indian community living in Thailand in the ‘Sawasdee Modi’ even received a standing ovation when he mentioned the historic decision of scrapping article 370. Modi termed the ‘standing ovation’ by the audience as strong backing of the Indian Parliament’s passage with a two-thirds majority of the bill to revoke special status to Jammu and Kashmir.

“When you do something right, you get applause from everywhere. The same is happening here,” said PM Modi. Thank you for the standing ovation. This honour is for India, its Parliament and the MPs,” the PM said.

PM Modi, in an address to the Indian diaspora in Thailand also said that his government has received an even greater mandate and has come to power once again during the recently held general elections. PM Modi was addressing the Indian diaspora on the first day of his three-day visit to the eastern country.  The Prime Minister also highlighted that Maritime security, connectivity, economic growth, and sustainable development are priority areas in the country’s path to building a prosperous and blooming Indo-Pacific region. PM Modi said, “I believe unity and centrality is pivotal in developing Indo-Pacific vision and we gladly work with our partners in ASEAN to progress partnership in achieving these objectives.” The Prime Minister also thanked Thailand for steering close relations with ASEAN under its leadership of the organization.

Prime Minister Modi arrived at the event hosted by the Indian community in Bangkok at 6 PM India time. Nimibutr Stadium was full to the brim for the event. ‘Sawasdee PM Modi’ is being organised by Thai-Indians, in close coordination with the Indian Embassy in Bangkok. During the event, PM Modi launched special edition souvenir coins marking the occasion of Sri Guru Nanak Dev Ji’s 550th birth anniversary. He also mentioned about the inauguration of the Kartarpur Sahib Corridor.