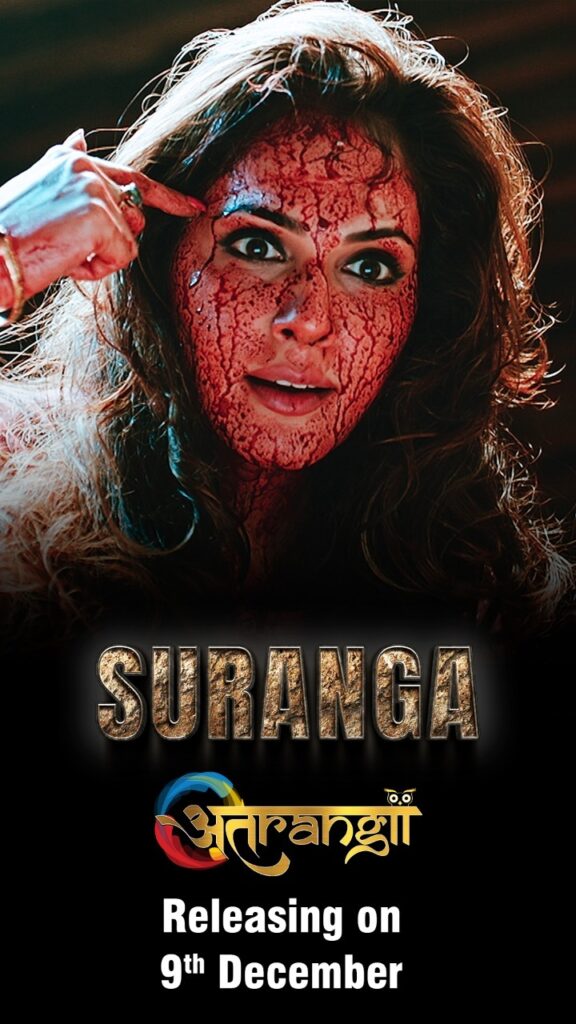 Suranga is an investigative drama which is based on true life incident that unfolds a bank heist. The storyline of the show depicts a whole journey of how the heist is plotted and executed. Post the robbery, an Inspector of the city is responsible to investigate the case but to his dismay and sudden turn of events, he gets clueless about whom to hold responsible for the heist. Starring Isha Koppikar in its lead role, Suranga is all set to release on the 9th of December on Atrangii App.

Leading Lady Isha Koppikar Narang Talks about her role in the series, “I play the role of a deputy bank manager named Dakshayini who hails from Delhi. Her character has a lot of shades that are unfolded as we move along the series and it’s an incredible and interesting role.The storyline and how it has been narrated is quite alluring and it was hard to say no to.”

The poster which has been released is a reflection of the depth of the series. It portrays Isha in a dangerous, bloody avatar striking anticipation about her character and the series in all.The show’s ensemble cast has a slew of actors like Rakesh Bedi portraying the Bank Manager, Freddy Daruwala as an honest cop, Sachin Verma, Rahul Jaitley, Sanjeev Tyagi, Ashok Kalra, Piyush Ranade amongst others.