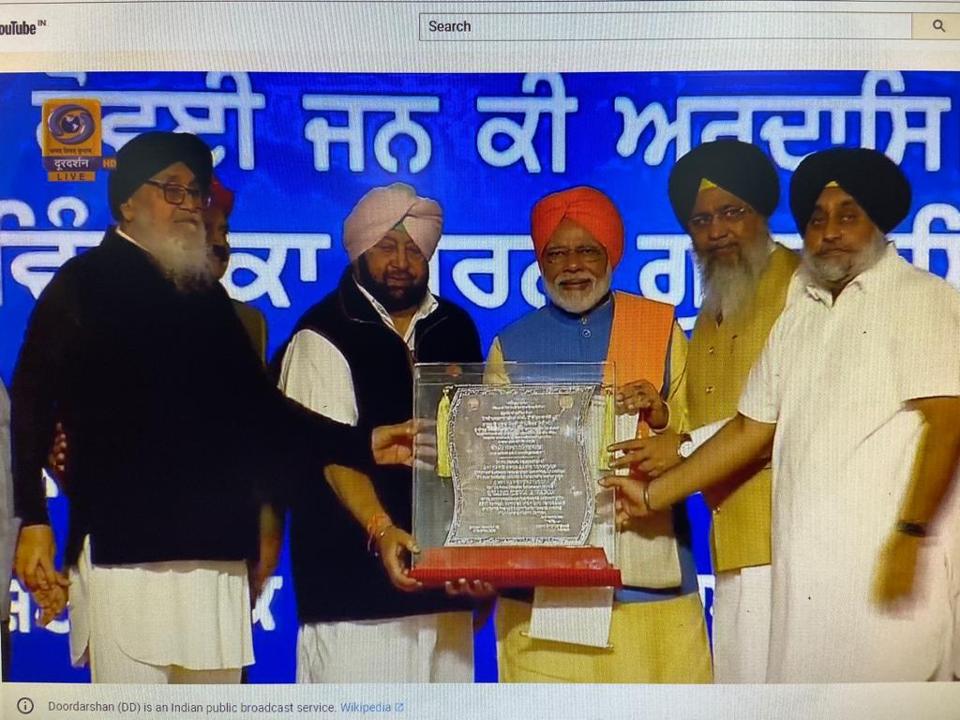 Prime Minister Narendra Modi thanked Pakistan Prime Minister Imran Khan for respecting the sentiments of India while speaking on the occasion of the historic opening of 4.7 long Kartarpur corridor which will link Dera Baba Nanak Gurudwara in India’s Gurdaspur district to Kartarpur Darbar Sahib in Pakistan.

Both the shrines are dedicated to the founder of Sikhism, Guru Nanak, whose 550th birth anniversary is being celebrated.

“I would like to thank the Prime Minister of Pakistan, Imran Khan Niazi for respecting the sentiments of India,” said PM Modi at the Gurudaspur Gurudwara.

Badal said Narendra Modi was a “world leader” and acknowledged prime minister’s role in opening of the corridor after 72 years of efforts by the community.

Capt Singh said it was a “historic day” for every Sikh who has been praying daily for ‘khulle darshan didar’ (unhindered access and prayers) at Kartarpur Sahib shrine.

“I’ve been to Nankana Sahib twice but this will be my first visit to Kartarpur Sahib. I will pray for Punjab and our country,” said the CM.

The Prime Minister will declare open the Integrated Check Post at the passenger terminal building at Gurdaspur.

Pakistan Prime Minister Imran Khan inaugurate the corridor on the end of the route in Pakistan. Several other events are being held in Kartarpur to mark Guru Nanak Dev’s birth anniversary.

Amazon CEO Jeff Bezos is on a visit to India In terms of alliances, the 21st century would be about the

Sidharth Malhotra dropped the first poster of his next film ‘Shershah’ on the occasion of his 32nd birthday. S