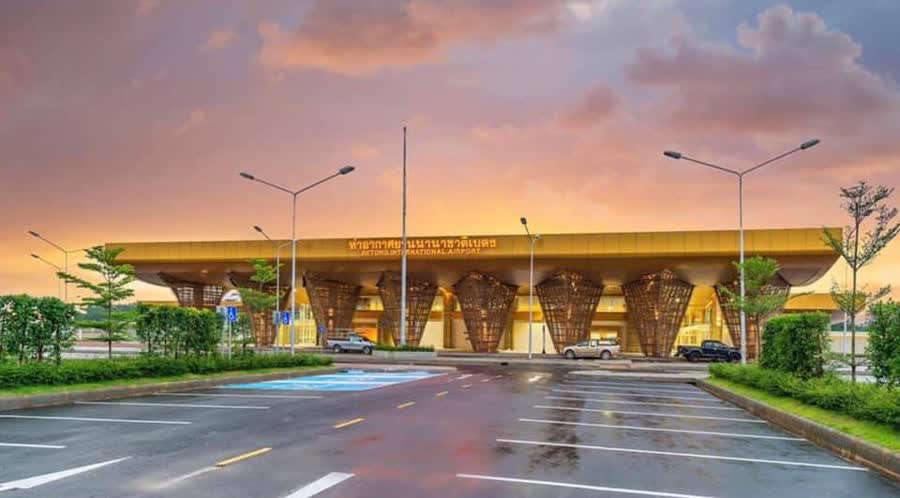 Betong Airport in Yala is now seeing a number of private charter flights and those paid for by public agencies, while commercial airlines have started submitting flight routes that operate into and out of the airport. Meanwhile, the prime minister has been keeping abreast of the airport’s construction progress.

Prime Minister Gen. Prayut Chan-o-cha has been following up on the construction of Betong International Airport, which is aimed at facilitating tourism in Yala by linking it to the rest of the country via commercial flights. The airport is already serving charter flights carrying state personnel as well as private flights.

So far, two commercial flight routes have been requested by airlines. These include the Hat Yai-Betong-Hat Yai and Don Mueang-Betong-Don Mueang routes. The airport is currently undergoing development to increase its capacity to accommodate people’s travels. It will serve as linkage between the various transportation options available in the area.

The government acknowledges Betong district’s significance within the cluster of lower Southern provinces and the construction of Betong Airport was undertaken to address the transportation limitations of Betong district, which is situated on highlands and is served by narrow and winding mountain roads. Although the district shares a border with Malaysia, flight paths of aircraft operating into and out of its airport will only require the use of Thai airspace.