PM Modi To Leave For Thailand Today, Will Address Indian Community In Evening 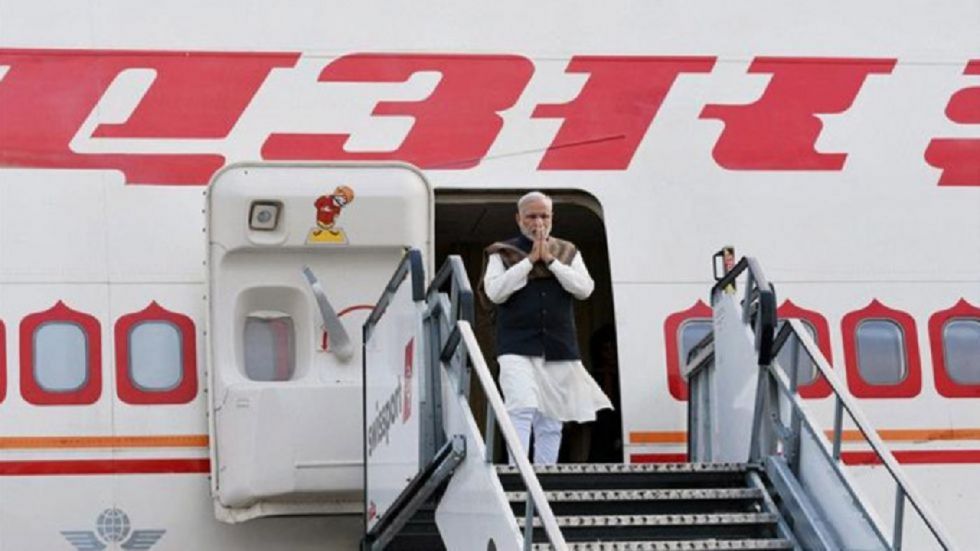 PM Modi will arrive in Bangkok on November 2 evening and his first engagement will be to address the Indian community at the national indoor stadium in Bangkok.

Prime Minister Narendra Modi on Saturday will leave for Thailand for attending the ASEAN-India, East Asia and RCEP summits to strengthen regional cooperation in key areas such as trade, maritime security and connectivity. PM Modi will be visiting Bangkok at the invitation of Thai Prime Minister Prayut Chan-o-cha, Secretary East Vijay Thakur Singh had said at a media briefing.

PM Modi will arrive in Bangkok on November 2 evening and his first engagement will be to address the Indian community at the national indoor stadium in Bangkok.

The Indian community in Thailand is about 250,000 and at the meeting, the prime minister will be releasing a commemorative coin marking the 550th birth anniversary of Grur Nanak Dev as well as a Thai translation of the Tirukkural — a Tamil classic, Singh said.

#SawasdeePMModi`s engagements on the 1st day include his address to the Indians in Thailand & the release of a commemorative coin marking the 550 birth anniversary of #GuruNanakDevji as well as the release of a Thai translation of #Tamil classic #Tirukkural according @MEAIndia pic.twitter.com/RwFyqVPbET

On November 3, Modi will participate in a business event and then co-chair the ASEAN-India summit with the Thai prime minister.

The ASEAN-India meeting will take stock of the progress made in the relationship.

“Several initiatives of India are under implementation for example our commitment to 1,000 scholarships at IITs. Its implementation began in September this year. This has a budget of about Rs 300 crore,” Singh said.

India and ASEAN are also working on centres of excellence in software and India is in close consultations with ASEAN partners to identify specific projects under its USD 1 billion credit.

Enhancing connectivity, deepening our economic partnership, enhancing our partnership in the digital domain, including in cyber security, and increasing maritime cooperation are some of the key themes of the India-ASEAN collaboration, Singh said.

In November, the PM has three important engagements — the first of one be to attend a special lunch hosted by the Thai premier for the leaders of the East Asia Summit participating countries.