The Prime Minister has decided to step up remedying issues to do with the Green Line rail extension between Bearing and Samut Prakan and from Mo Chit to Saphan Mai to Khu Khot, which have been pending operation and maintenance payments by the Bangkok Metropolitan Administration (BMA) for 3 years and 9 months.

Prime Minister and Minister of Defense, 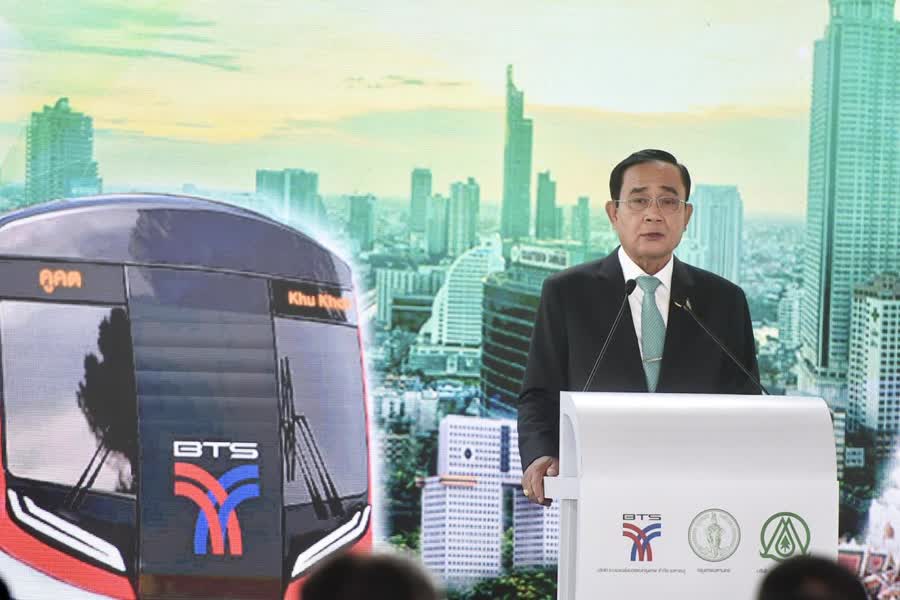 said his approach to the issue has placed consideration of the public at the forefront. He indicated he will discuss the matter with the Cabinet before proceeding with negotiations, saying he wishes to avoid any impact on the public. He urged all relevant sides to work together to resolve the complex issue.

The PM also asked that public and private agencies work together to avoid leaving the matter to a future administration and saddling citizens with high costs.

“I understand the trouble and I’ve placed public hardship at the center of my consideration of how to proceed. What we have to do now is bring this matter up in the Cabinet for discussion so that we can continue with negotiations we previously began. I have to think of the effect all this will have on the citizens and what they need, we need a remedy. Everyone involved must work together to find a resolution because sometimes these matters become complicated and need a concerted effort. Sometimes solutions result in more issues so it is important the government chooses the right course of action, so that it is not saddling its successor with more problems. I ask that the public and private sectors and businesses to come together to move this along as soon as possible at a cost that is not too high for the public”

September 1st of this year will mark the end of a 60-day period provided by the Bangkok Mass Transit System Public Company Limited (BTSC) to the BMA to make its operation and maintenance payments for Extension 1 of the Saphan Taksin-Bangwa Green Line’s On Nut-Bearing section and Extension 2, Mo Chit-Saphan Mai-Khu Khot and Bearing-Samut Prakan. The payment has been pending for 3 years and 9 months since April of 2017 and is currently worth 9.602 billion baht. The BMA also owes 20.768 billion baht for the procurement of electrical and machinery systems. Together, the two payments equal about 30 billion baht. BTSC is ready to take legal action but will not suspend service of its trains at this time.