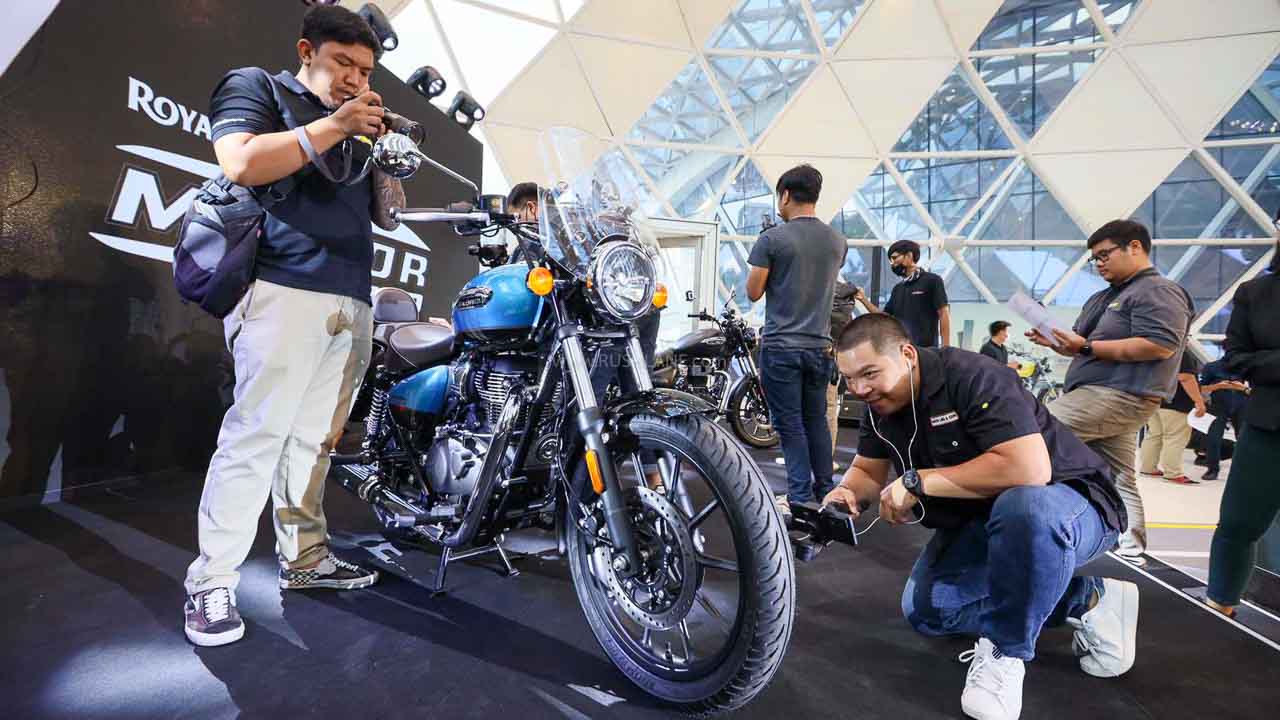 After its debut in the domestic market earlier this month, Royal Enfield Meteor 350 has been launched in Thailand

Just like India, customers in Thailand will have access to all three variants – Fireball, Stellar and Supernova. Prices are in the range of 150,000 – 159,500 Thai Baht, which is approximately 3.67 lakh to 3.90 lakh in Indian Rupee. In comparison, Meteor prices in India are Rs 1.75 lakh for Fireball, Rs 1.81 lakh for Stellar and Rs 1.90 lakh for top-spec Supernova variant.

Meteor 350 Meteor 350 launched in Thailand is the same as India-spec Meteor. There are no major changes or updates. Some of the key features include round headlamp, chrome accents, broad rear fenders and tear drop shaped fuel tank, turn indicators and rear tail light. The motorcycle has a comfortable riding stance and comes with high set handle bars, forward set foot pegs and low seat height.

Royal Enfield has equipped Meteor with some unique features, one of which is Tripper Navigation. It comprises a dedicated display unit that offers turn-by-turn navigation when connected to the rider’s mobile phone. The motorcycle also comes equipped with USB charging port.

Meteor 350 gets its power from a new J series 349 cc, air-oil cooled, SOHC engine that is capable of producing max power of 20.2 hp and peak torque of 27 Nm. The transmission is a 5-speed unit. 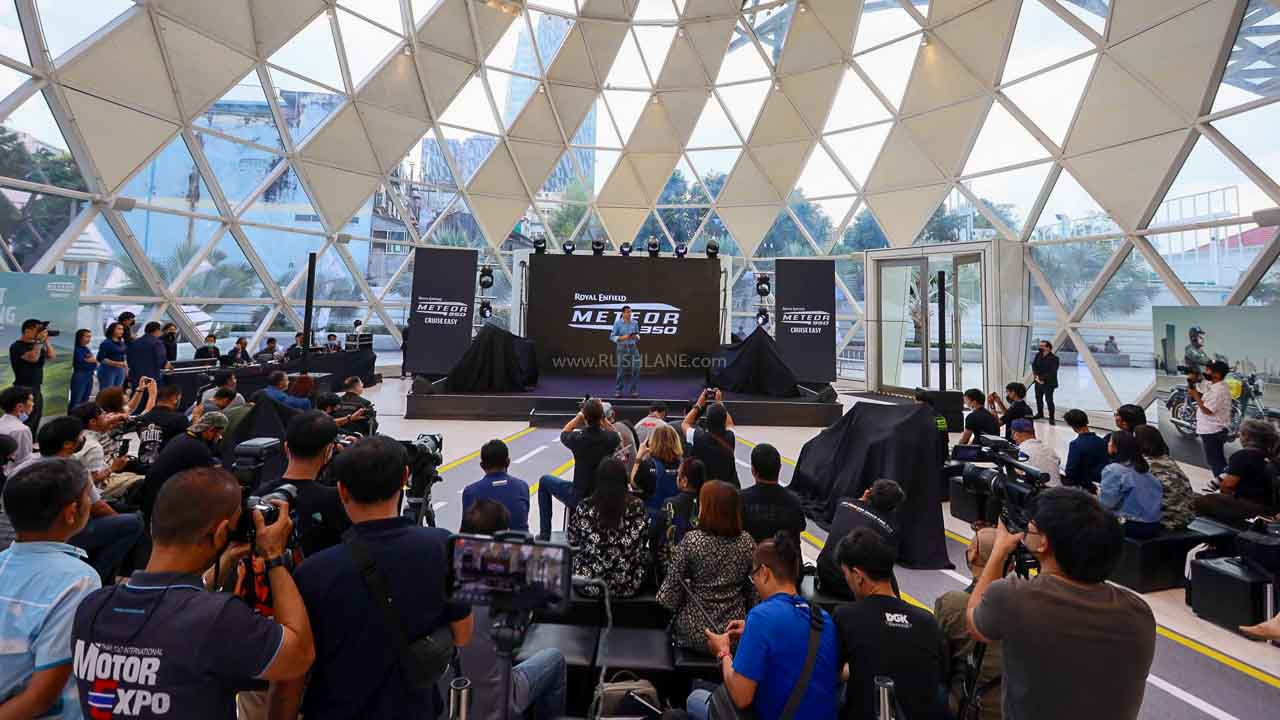 Unlike India, where the launch of Meteor 350 was online, in Thailand launch event was on ground.

It is to note that Thailand is an important South East Asian market for Royal Enfield. This is why the company has planned a dedicated assembly plant in the country, which will soon get operational.

Most of their products such as Classic 350, Bullet 350, Himalayan, Interceptor 650 and Continental GT 650 are also available in Thailand. Apart from South East Asia, Royal Enfield is also focusing on expanding its presence in Latin American markets. Just a few weeks back, RE announced their first assembly plant outside India, in Argentina.

As things stand now, exports by Royal Enfield are just a fraction of the company’s domestic sales. This presents both an opportunity as well as a challenge to expand presence in global markets. In October 2020, Royal Enfield exported a total of 4,033 units. Most in demand products included 650 Twins, Classic 350, Himalayan and Classic 500.

In comparison, domestic sales were 62,858 units with bestsellers being Classic 350, Bullet 350 and Electra 350. In comparison to Royal Enfield, other domestic two-wheeler manufacturers in India have much higher export numbers. If we compare in terms of quantity, companies like Bajaj, TVS, Yamaha, and Honda have higher export figures.

Royal Enfield is aware of the possibilities that exist in international markets and is actively working to increase share of exports in its overall revenue pie. In the initial phase, the company has planned to achieve 20% of total revenue from exports.

Brazil Thanks India For 2mn Doses Of COVID Vaccine; Says 'honoured To Have Great Partner'