PM Modi, while addressing the Indian diaspora at the ‘Sawasdee PM Modi’ event in Bangkok, highlighted the cultural and historical relations between two nations 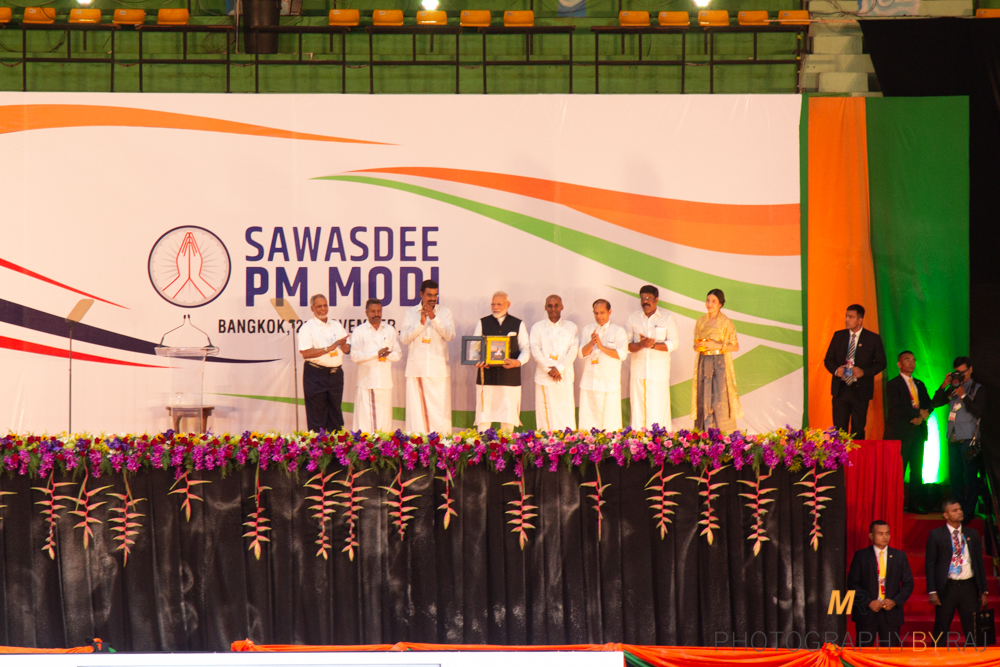 Prime Minister Narendra Modi, while addressing the Indian diaspora at the ‘Sawasdee PM Modi’ community event in Bangkok, highlighted the cultural and historical relations that India and Thailand share with each other. PM Modi said, “The affinity, the royal family of Thailand has for India, symbolises our deep friendly and historical relations. Princess Maha Chakri Sirindhorn is an expert in Sanskrit language and has a deep interest in the culture. We are fortunate that India has shown our gratitude to her through Padma Bhushan award and Sanskrit Samman.”

Prime Minister Modi stated the reason which has maintained and strengthen the relationship between India and Thailand. He said, “The relation between India and Thailand is not because of any particular government and no single government can be credited for this relation. Every moment shared between the two countries in the past has been built and strengthened this relation.” He added, “These relationships are of heart, of soul, of faith, of spirituality. The name of India is associated with the Jambudweep of the mythological period. Thailand was part of Suvarnabhumi. This connection of Jambudweep and Suvarnabhumi is thousands of years old.”

PM Modi said that Indian sailors had sailed thousands of miles on the waves of the sea and built bridges of prosperity and culture that still exist. He added that because of these sea routes, movement of people from India to Thailand and trade was made possible. The sharing of knowledge, language, music, literature, science and lifestyle also happened because of this.

‘Ram and Buddha, both parts of our shared heritage’

Speaking about the similarity of Lord Ram and Lord Buddha in the lives of the people of the two countries, PM Modi said, “Lord Ram’s dignity and Lord Buddha’s compassion are both parts of our shared heritage. The lives of millions of Indians are inspired by the Ramayana, the same divinity is that of Ramakien in Thailand.

Prime Minister Narendra Modi released a commemorative coin to mark the 550th birth anniversary of Guru Nanak Dev and also released a Thai translation of the ‘Tirukkural’ which is the great Tamil classic in Bangkok, in front of the Indian diaspora on Saturday evening. The Prime Minister is on a three-day visit to Thailand to participate in the ASEAN summit and other programmes. He reached on Saturday afternoon and he highly anticipated the address.