Punia won the sixth medal for India at Tokyo 2020. 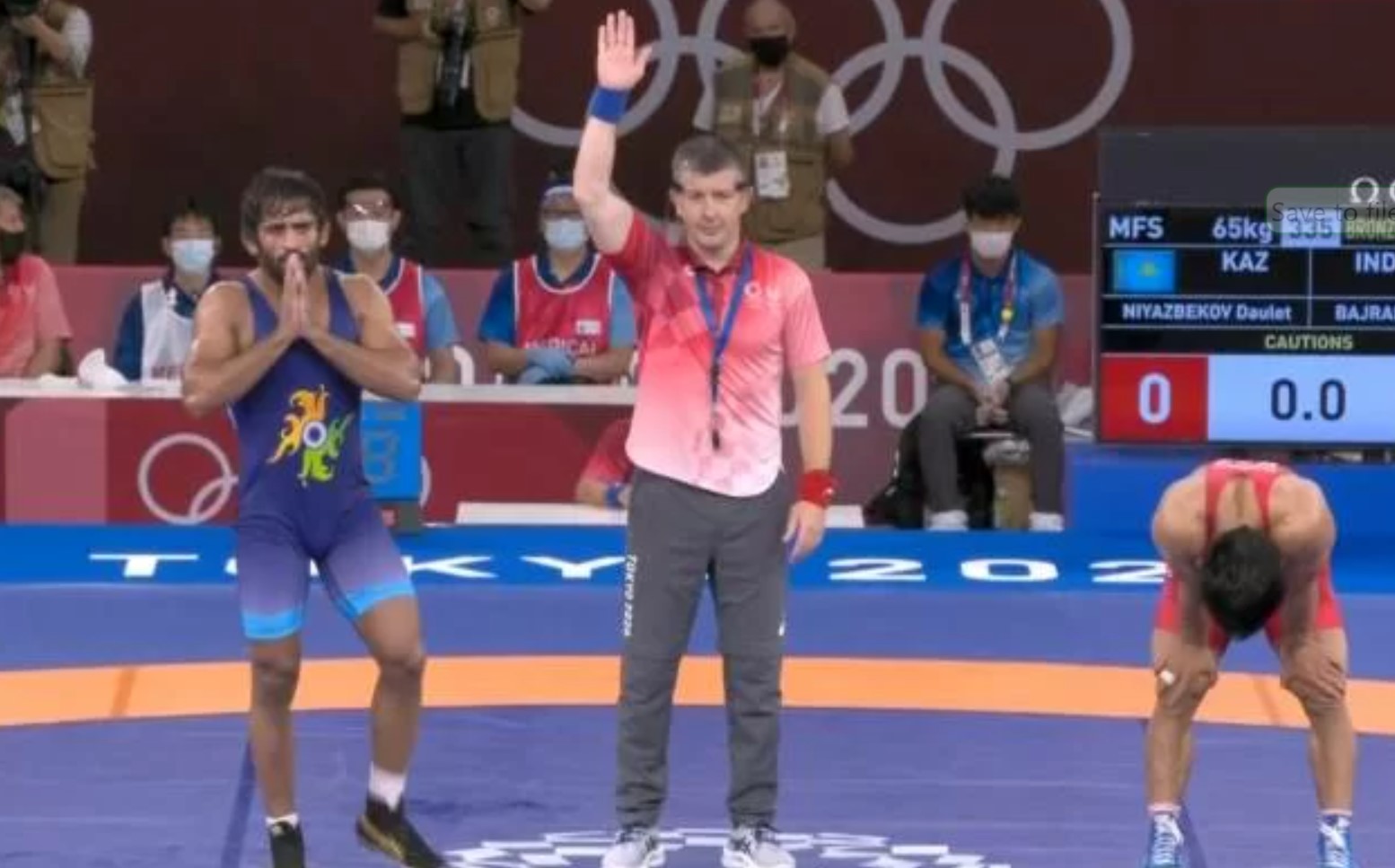 When Indian athletes were expected to perform decently at the Tokyo 2020 Olympics, they chipped in with extraordinary efforts and brought laurels for India. In the recent turn of events, Bajrang Punia won a bronze medal for India in the men’s freestyle 65 kg wrestling category. As the wrestler added in one more medal to India’s tally, the cricket fraternity heaped praises on the outstanding wrestler.

He made his bronze medal match a one sider affair as he defeated his opponent D. Niyazbekov by 8-0. The Kazakhstan wrestler couldn’t do much in front of the Indian warrior as Punia displayed extraordinary efforts to win another medal for India. Punia’s medal became the 6th one for India and the nation still looks forward to having a medal in the Javelin Throw.

It has to be noted that the high-profile sporting tournament comprising more than 196 nations kicked off in Tokyo last month. Indian athletes took part in the competition in huge numbers and medals were expected in several categories and the athletes made the dream come true. India’s medal tally was kicked off by Mirabai Chanu who bagged a silver medal for India on an official day one of the competition in weightlifting.

What a champion!
Congratulations #BajrangPunia you did it🥉
🇮🇳 is proud of you🙌🏽 pic.twitter.com/zxpihAs8kn

Brilliant from #BajrangPunia and a well-deserved Bronze medal.

Super Duper ….And @bajrangpunia does India proud. Absolutely brilliant from #BajrangPunia to win 8-0 and win the #Bronze match. pic.twitter.com/FAb5JB9CRQ

Congratulations @BajrangPunia on winning the bronze🥉
That was pure domination 👏#Tokyo2020 pic.twitter.com/mpgGpY77th

The wrestler wins a well-deserved Medal for #TeamIndia at #Tokyo2020 in the Men’s freestyle 65kg category!🥉

Sheer class & domination on display by @BajrangPunia in #wrestling to win 🥉 for India! 👏🏻

Congratulations on this much deserved victory & leaving us all stunned with your performance.

Well done #BajrangPunia . Your 🏅 has got India to six which was our best in London. Now hope #NeerajChopra will make it the best ever Olympic games for us . pic.twitter.com/ZjJRVnhf2f

It was only a few days back that the ultimate glory came in for India after four decades, 41 years to be precise when the men’s Indian hockey team got a bronze medal for India. The women’s team also played the bronze medal match and gave a tough fight in the competition but couldn’t have a medal on their side. However, the medal in the men’s category did make India really proud.