Sourav Ganguly Will Always be the Hero of Indian Cricket Folklore

Sourav Ganguly has always liked the spotlight and has never shied away from any responsibility coming his way.

He took up India’s captaincy first as a stop-gap in 1999, in Toronto, for a short series against West Indies. Then, when Sachin Tendulkar stepped down, Ganguly was the chosen one. It was quite brave of Ganguly to accept the leadership because Indian cricket was not in the pink of its health. Months later when the match-fixing saga exploded, Ganguly was very much in the saddle as some key players were banned. Yet, Ganguly never flinched and was willing to take up the challenge.

Unlike his peers in the 1990s, Ganguly was always the one who stole the limelight with his approach and his aggressive on-field behaviour. That seemed to rub off on the others from the generation of 2000s.

Now when you see the hype around the Pink Test currently underway in Kolkata, you can relate to the kind of personality Ganguly is. All the traces of his on-field antics can also be seen in the way he is currently leading the BCCI. He likes to be the centre of attention at all times, sometimes even unwittingly.

Immediately after taking over, just on a whim, Ganguly decided on the Kolkata Test being the Pink Ball Test, India’s first ever. What had seemed impossible with the Virat Kohli era, happened in a matter of seconds all because of Ganguly.

Even now, the Indian think tank is not fully on board, but who cares? Dada has deemed it necessary 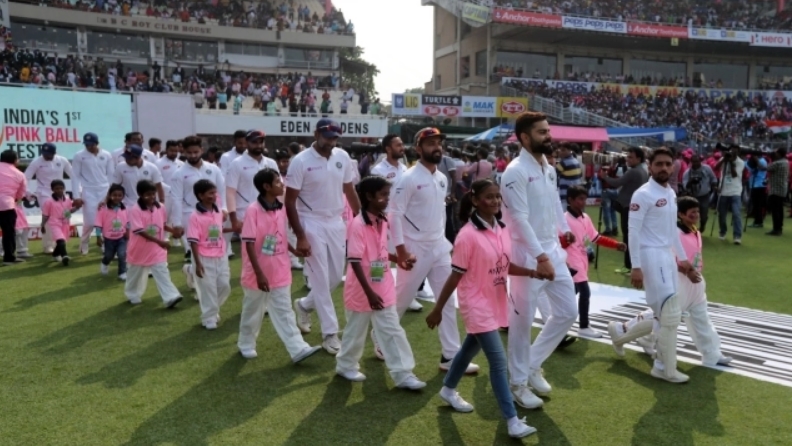 Virat Kohli of India and Mominul Haque of Bangladesh come out with their teams on Day 1 of the Pink Ball Test at the Eden Gardens in Kolkata.
(Photo: BCCI)

Ganguly was quick to seize the initiative and leave a mark in the very first month of his tenure as BCCI president.

Everyone seems to forget a small fact that this was not the first Pink Ball Test. In fact, Pink Ball Tests have been played since 2015-16 and there have been 11 previous matches. If anything, India and Bangladesh have been the last to embrace the format. But such has been the hype associated with the Kolkata Test, that facts be damned because Dada is in charge! 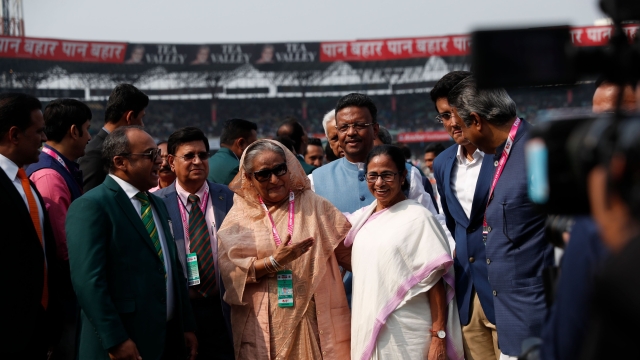 It has been presented as the saviour of Test cricket and all have hailed Ganguly for his prowess as an administrator. City turning pink, Bangladesh Prime Minister Sheikh Hasina turning up with West Bengal Chief Minister Mamata Banerjee — all added to the occasion.

A simple bilateral Test match which would have otherwise been forgotten in history books has now been made a major event.

To make it even more of an occasion, Ganguly invited most of his former India teammates and the former Bangladesh rivals from the first-ever Test between the two sides in 2000. 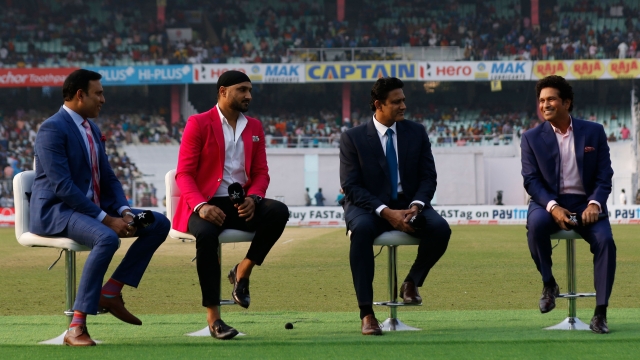 It is not even novel for the players because most, or at least the Indian side, have played in whites under lights in Duleep Trophy over the past four years.

It has become more about an individual than about the Test match or the occasion. This in a sense is an issue which pulls down companies known more for its chairperson than companies run with a rock-solid system that is more long-lasting. We have never seen celebrations in the name Wade Edwards, Colin Graves or any of the other Board presidents/chairpersons, let alone CEOs who have hosted day-night Tests much before India did. 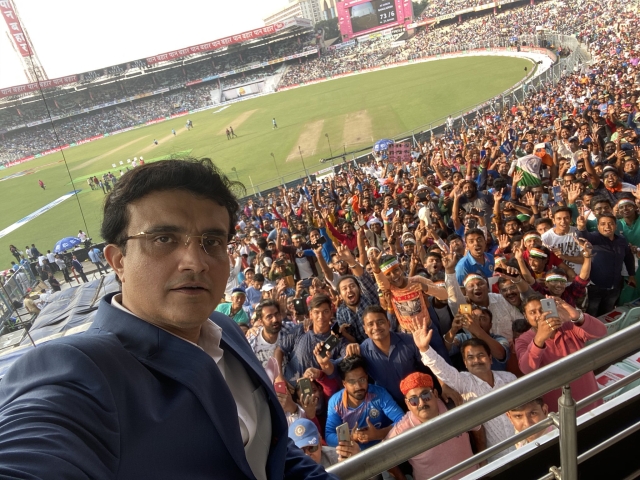 But then, Ganguly has always been bit of a maverick who is very unpredictable. Just look at the circumstances under which he emerged as the BCCI president. He kept telling everyone around that another former India batsman, Brijesh Patel, will be the BCCI president, when he was always the frontrunner.

One other instance of the many, from his playing days, that come to mind is one from the eve of the deciding third Test at Rawalpindi in 2004 on that famous tour to Pakistan. Ganguly had not featured in the first two Tests because of a back problem. When he was declared fit for the third Test, there was speculation on who would Ganguly replace in the XI because Yuvraj Singh had scored a hundred in the second Test.

Aakash Chopra was tipped to be dropped and there was talk about who would open for India with Virender Sehwag. Ganguly announced that he would open himself and the next day newspapers in the City of Joy were celebrating the selflessness of the Indian captain.

However, there was a twist in the tale when India went into bat, as a diminutive figure of Parthiv Patel walked out to open the innings with Sehwag. The entire Kolkata contigent was stunned, but Ganguly had done the deed. He was never going to open the innings, but he knew how to be the centre of attraction with his statements.

If you know Ganguly or claim to have interacted with him, you would know that as they say in Hindi: Unke naa mein haan chupa hai!

If you know Ganguly or claim to have interacted with him, you would know that as they say in Hindi: Unke naa mein haan chupa hai!

Amid the investigation of Sushant Singh Rajput's case, a fan plastered hoardings across the streets of Delhi;