The Supreme Court has cleared a major roadblock in the completion of a Trilateral Highway Connectivity project between India, Myanmar and Thailand by staying the litigation initiated by the defaulting contractor before the Manipur high court. The order passed on Tuesday came on a petition filed by the ministry of external affairs. 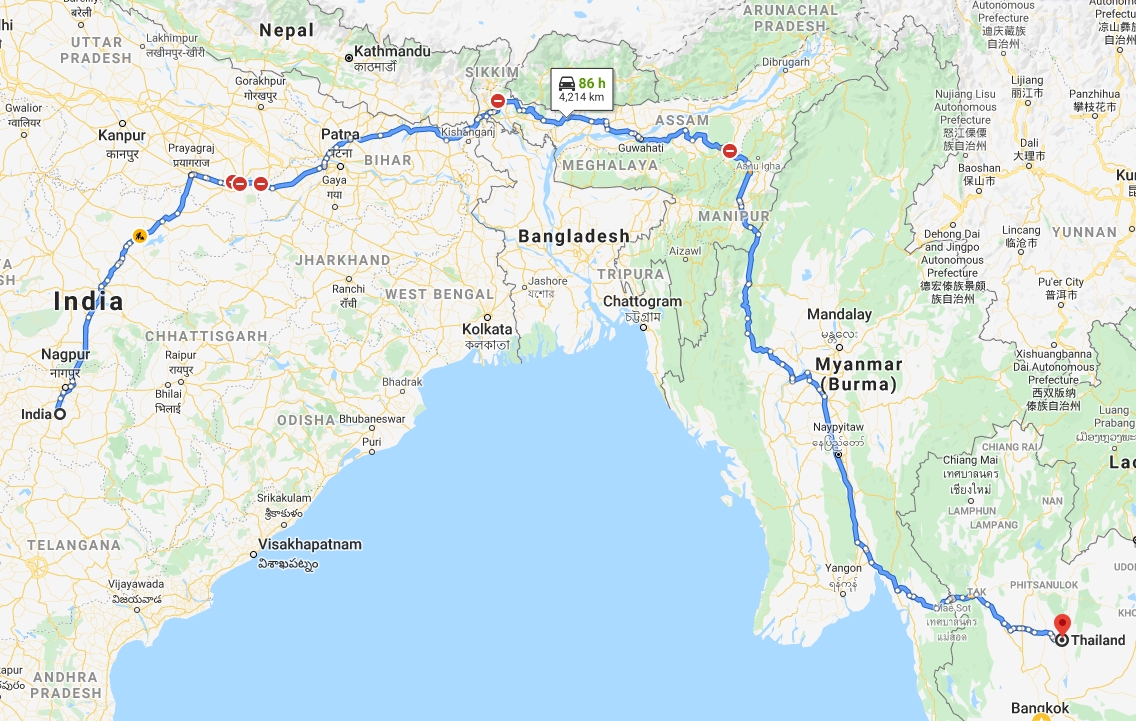 India had signed an agreement with Myanmar on August 29, 2016 for construction and upgrading of 69 bridges of Second World War vintage as part of the ambitious road project beginning from Manipur till Thailand. But ever since the project was awarded to a joint venture of Mumbai-based Niraj Cement Structurals Limited and Manipur Tribal Development Corporation Limited in November 2017, delays lagged the project, as a result of which India acting through project consultant IRCON Infrastructure and Services Limited terminated the contract on December 24, 2018.

The challenge to the termination order filed by the contractor is pending before a division bench of Manipur high court since April 2019. Earlier, the contractor’s petition was dismissed by a single judge citing lack of territorial jurisdiction to hear the case. The Centre has throughout claimed that Manipur HC lacks jurisdiction to hear the case. Moreover, the contractor has recourse to arbitration under the agreement. The MEA in its plea said that further pendency of litigation before Manipur HC will harm India’s bilateral relations with friendly neighbours and cast the country in a bad light jeopardizing other “trans-nationally significant development and connectivity initiatives”. Attorney General KK Venugopal appeared for Centre. The apex bench of Chief Justice of India (CJI) SA Bobde, Justices AS Bopanna and V Ramasubramanian issued notice on the Centre’s petition, directed stay of the writ appeal proceedings, and listed the matter after two weeks.

The project was to complete by November 27 this year. Till date, not one bridge out of the 69 bridges is ready. The Indian Ambassador to Myanmar wrote to the Centre on June 24, 2020 apprising the Indian government of Myanmar’s expectation of early completion of the project.

The project is a grant-in-aid initiative by India as part of its “Act East Policy” and will benefit Myanmar as the dilapidated bridges pose a danger to human life and property.