Public Health Minister Anutin Charnvirakul has turned away the cruise ship MS Westerdam and prohibited it from docking in the Laem Chabang port. 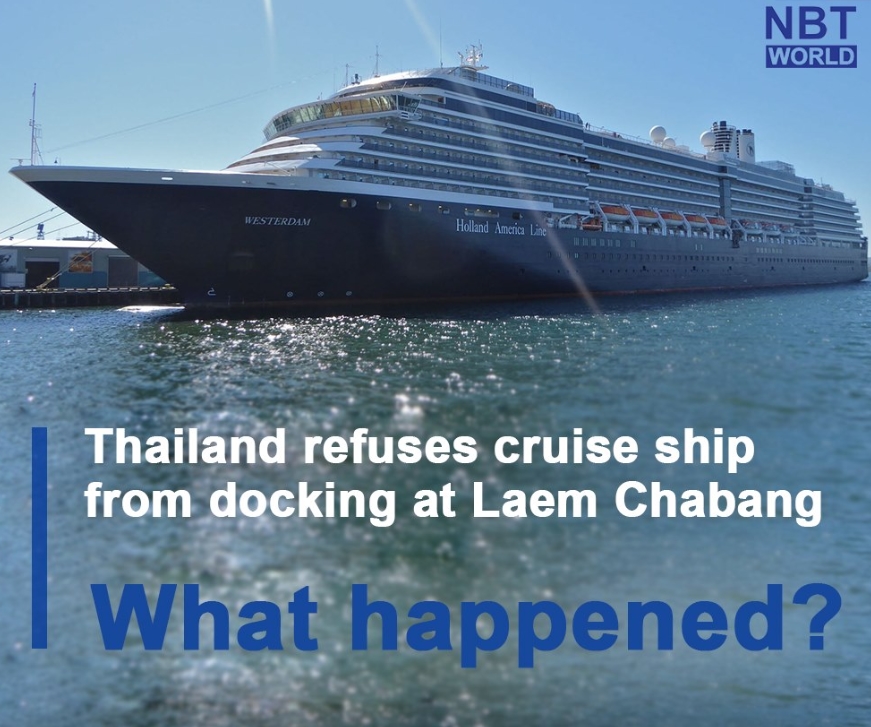 The Holland-US MS Westerdam cruise ship carrying 1,455 guests and 802 crew members has been turned away by four countries which are Japan, Taiwan, the Philippines and Guam over fears of the new coronavirus spreading.

Thailand is the latest country who has refused the cruise ship with Public Health Minister Anutin Charnvirakul announcing on his Facebook post that he have issued orders to refuse permission to disembark.

Back story:
MS Westerdam was registered under Holland America Line with head office in Seattle, US. It left Singapore on January 16th for a month-long tour of Asia. It had picked up 600 passengers from Hong Kong on February 1st.

Holland America said in a statement that the ship had already introduced extra health screening measures, including temperature checks and cleaning to defend against the virus. There are no confirmed infections on board.

According to the previous arrangement, some 2,000 passengers would have disembarked in Chonburi and been transported directly to Don Muang International Airport to board planes to their home countries.

What will happen now?
It is not known where MS Westerdam is headed next. No updates have been reported as of now.