Thailand’s Ministry of Tourism and Sports has revised the conditions of the Phuket “sandbox” program, reducing the duration of the mandatory stay in Phuket to seven days, while allowing tourists to spend the following seven days on “Sealed Routes” in five other provinces.

Tourism and Sports Minister Phlipat Ratchakitprakarn said he has consulted the prime minister about launching the “Sealed Routes”, using Phuket as a hub from which tourists can expand their travel to other provinces.

He said tourists will have to spend seven days on Phuket and take the COVID-19 test twice, before they are allowed to travel through these sealed routes in Krabi, Phang-nga and Samui, which will open for tourists in August, while Chiang Mai and Lamphun will open in October.

Mr. Phlipat added that Hua Hin district, in Prachuap Khiri Khan, and Cha-am in Phetchaburi province are expected to welcome foreign tourists from October 1st. Bangkok and Pattaya, which are still “dark red” zones, will remain closed until the fourth quarter. Buri Ram province will also remain closed, with the cancellation of the Thailand Motorcycle Grand Prix. 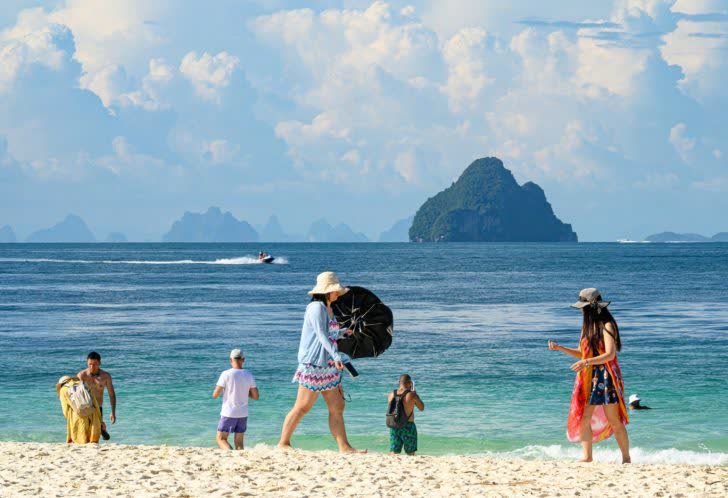