Analysts are encouraging the state to step up remedies for the COVID-19 situation, after assessing that the third wave of infections has cost the economy 200-300 billion baht and could cap growth this year at 1.6 percent.

President of the University of the Thai Chamber of Commerce, and head of the Economic and Business Forecasting Center, Thanawat Polwichai, has assessed the third wave of COVID-19 infections is costing the country 100 billion baht a month in economic activity and is cutting demand for labor by about 148,000 people a month, while calling for vaccination efforts to be expedited and rehabilitation of the economy to be accelerated.

The economist suggested that the government inject 200-300 billion baht into the financial system to spur activity and to provide aid to businesses, especially SMEs. Proposed courses of action include bolstering SME liquidity, finding revenue sources for them and suspending debt repayments. His center has held off adjusting its economic outlook for the year, at 2.8 percent growth, but has indicated it may have to cut the prediction to 1.6 percent if no action is taken by the state.

Up to 60 percent of chambers of commerce across the country have reported an impact from the third wave of infections and called it the worst yet. They explained that, while no lock down has been called, the compound effect of the three waves has severely impacted businesses. Their assessment is that, even if the situation is concluded by June this year, it will take two years for businesses to return to normal and 15 months for provincial economies to normalize, in terms of consumption and investment. 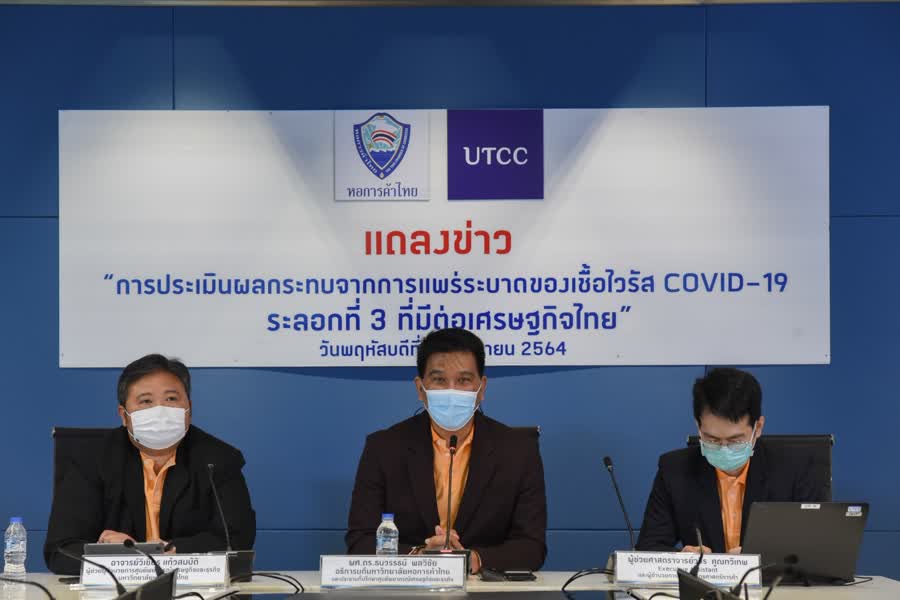