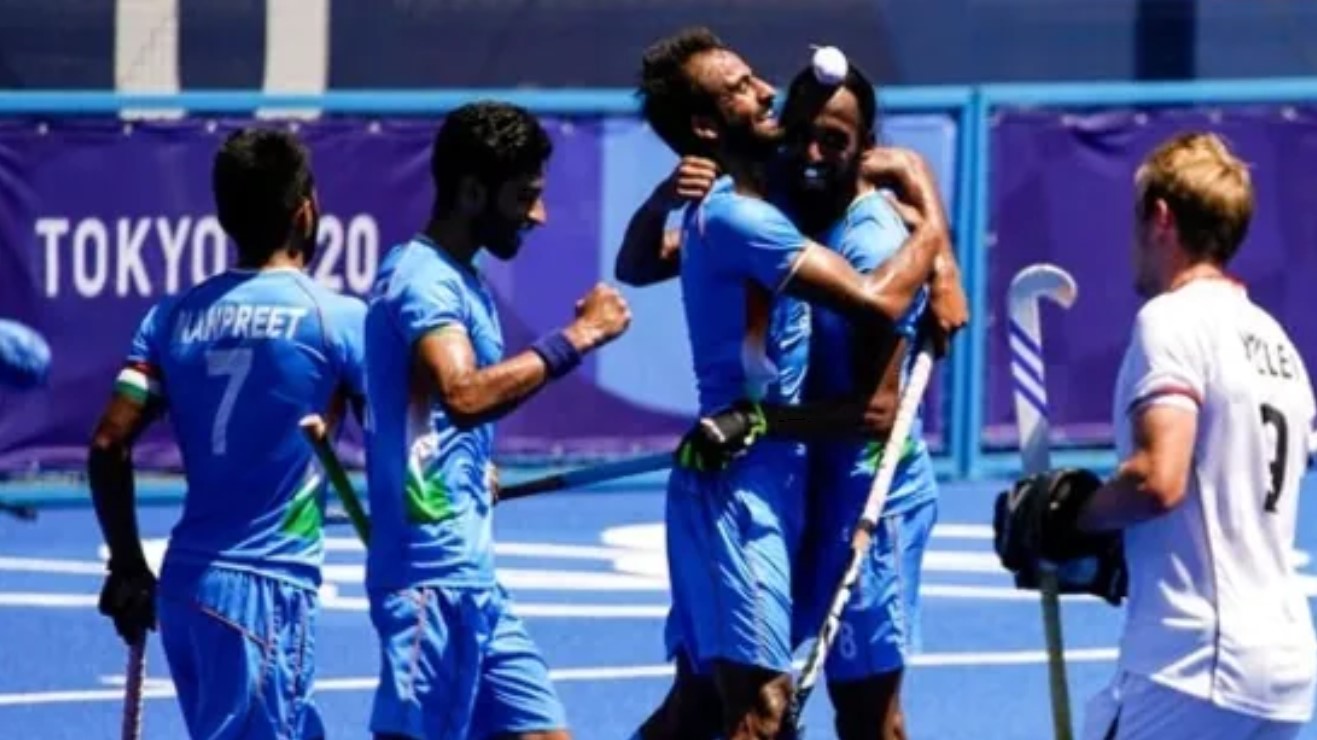 India Vs Germany Highlights, Tokyo Olympics: India win bronze medal in men’s hockey after beating Germany 5-4. India saw Germany take an early lead with Timur Oruz scoring within two minutes of the match. Germany troubled Indian defense in the first quarter, but could not find a way to extend lead. In the 2nd quarter, India saw Simranjeet Singh scoring from a well-executed tomahawk shot, but defensive errors lead to Germany scoring two more goals within two minutes. Just when it looked India might be in trouble, two penalty corners for India yielded results as Hardik Singh scored on the rebound from the first one, while Harmanpreet Singh scored another with a superb dragflick on to the back of the nets. Rupinder Pal Singh and Simranjeet Singh scored two more goals in third quarter. Lukas Windfeder pulled one back in the final quarter, but it was not enough for Germany to push it to the shootouts.

Forget 1983, 2007 or 2011, this medal in Hockey is bigger than any World Cup! #IndianHockeyMyPride 🇮🇳 pic.twitter.com/UZjfPwFHJJ