Lovlina Borgohain has settled for the bronze medal after losing to Turkey’s Busenaz Surmeneli in the women’s welterweight event at the Tokyo Olympics. 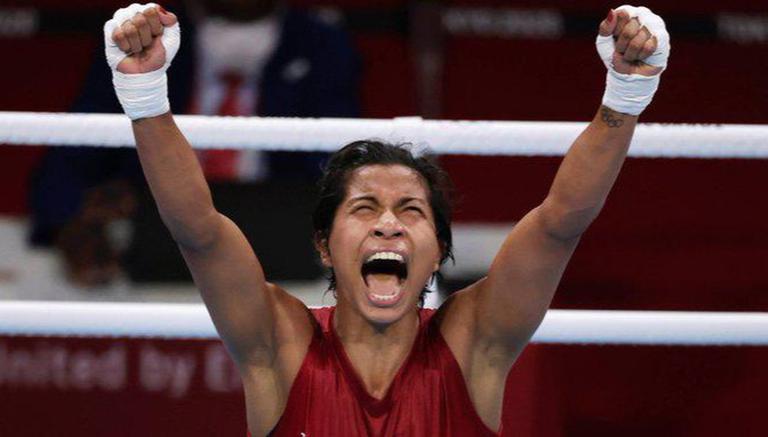 Indian boxer Lovlina Borgohain has settled for the bronze medal after losing to Turkey’s Busenaz Surmeneli in the women’s welterweight event at the Tokyo Olympics. Lovlina lost 5-0 in the 69kg semi-final 1 match on Wednesday at Kokugikan Arena. Lovlina has now become only the third Indian athlete at this year’s Olympics to bring a medal for India. Lovlina is the second Indian to win bronze at the 2020 Tokyo Games after shuttler PV Sindhu. Earlier, Manipur’s Mirabai Chanu won silver for India in weightlifting.

Lovlina lost the first round 5-0 as all the five judges in the panel raised their hands in Surmeneli’s favour. Lovlina started off well in the second round but the Turkish boxer soon bounced back with a response to her powerful punches. Lovlina got five 9s, while her opponent managed to score five 10s to win the second round as well. In the third round, Surmeneli looked more aggressive but Lovlina fought until the bell rang. Surmeneli was crowned winner of the bout and was given a pass for the gold medal match, while Lovlina had to settle for bronze.

Third medal in the Tokyo Olympics for India as @lovlinaborgohai bags a Bronze in Boxing. 🥉

On behalf of Hockey India, congratulations to Lovlina Borgohain for making the country proud. 👏🇮🇳

Neeraj Chopra qualifies for final
Earlier in the day, Indian Javelin thrower Neeraj Chopra announced his debut at the Tokyo Olympics in some style by qualifying for the Javelin Throw final in his very first attempt. Chopra was placed in Group A and had to achieve the qualification mark of 83.50 to progress to the next round. Neeraj Chopra who was throwing the javelin in 15th position in the group threw a monstrous throw of 86.65m and automatically qualified for the final after just his first attempt.