In its publication earlier this week, the paper offered its readers insight into Thai fruit delicacies, as the kingdom is now entering its peak fruit season.

The paper says the “region’s fruits are like no other” but despite being both unique and yummy, they all need quite serious commitment to eat.

With the many different fruit on offer, the kingdom is currently ranked the world’s sixth biggest fruit exporter, with China being the biggest customer.

Those interested in reading more of this article can search for “Eating Thai Fruit Deamands Serious Effort but Delivers a Sublime Reward.” On New York Times. 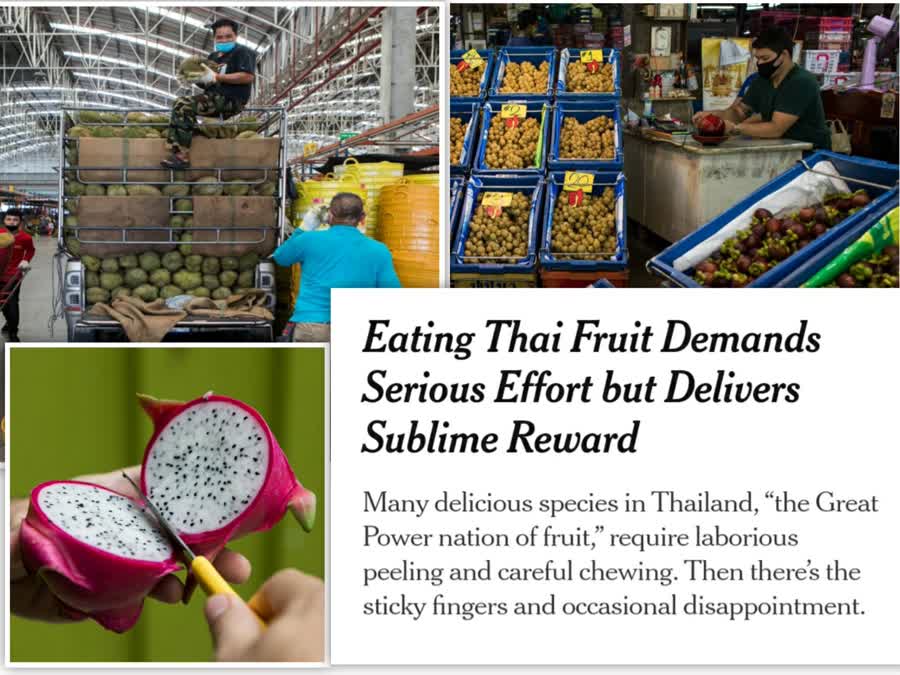