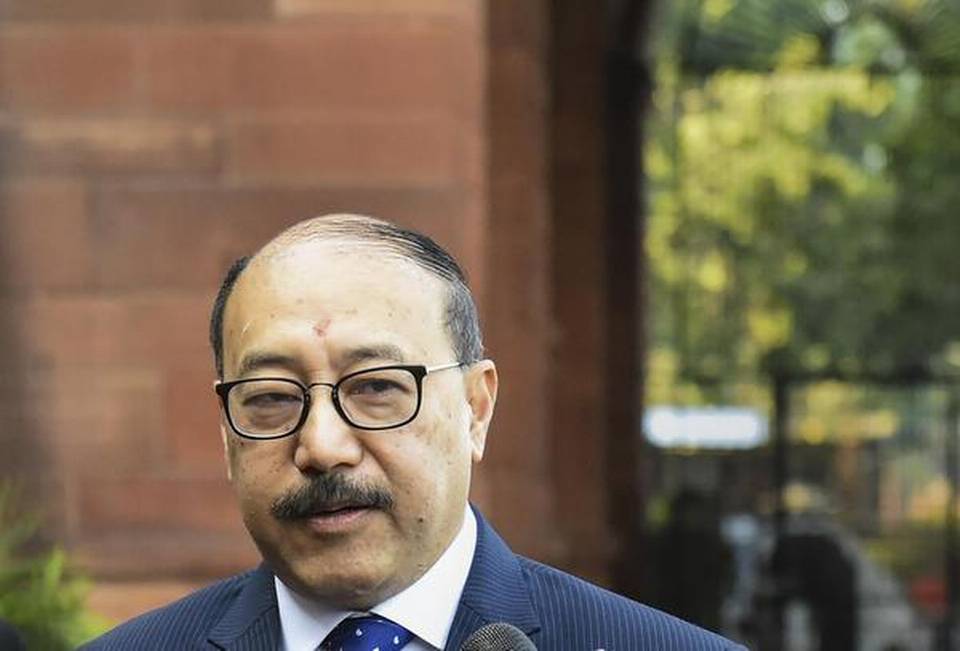 The Ministry of External Affairs (MEA) has undertaken a major overhaul of departments and reporting structure that will effectively empower seven different Additional Secretaries and re-organise their tasks along themes like culture, trade and development, and consolidated geographical divisions for better coordination.

According to three orders issued on Thursday by the new Foreign Secretary Harsh Vardhan Shringla less than a day into his tenure, the silos that will be managed by the Additional Secretaries will range from cultural power, to be managed by Dinesh Patnaik, economic and trade coordination managed by P. Harish, all international organisations and summits including UN, G-20, BRICS etc. by Vikram Doraiswami, and all development partnerships by Akhilesh Mishra. All of Europe has been merged under Suresh Reddy, all of Africa and West Asia under Nagma Mallick and all of the Indian Ocean and Indo-Pacific region under Neena Malhotra.

The restructuring was done in consultation with External Affairs Minister S. Jaishankar, who as a former foreign secretary (2015-2018) managed the Ministry himself, and authored the plans, sources said.

At a meeting to discuss the changes, Mr. Jaishankar reportedly spoke to Foreign Service officers of his belief that secretary-level officials are “overburdened and overworked” with day-to-day duties, and lack much-needed time to strategise. In the new structure, additional secretaries will be empowered to look at more long-term solutions rather than only “firefighting”, and will travel and give political direction to their assigned portfolios.

At the secretary level there are now four officers apart from the Foreign Secretary, with Sanjay Bhattacharya, who returned from his tenure as Ambassador to Turkey to take over the Secretary, (Consular, Passport, Visa and Overseas Indian Affairs) Division, and will also oversee officials on the Gulf and West Asia/North Africa (WANA) divisions.

The additional charge indicates the importance of the Indian diaspora in the Gulf and WANA regions where about eight million Indian expatriates live, about a quarter of the world total, that account for more than 60% of the inbound remittances.

Another change is the decision to move the “External Publicity” (XP) the media and public relations division to work under Secretary (West) Vikas Swarup, who has experience in the workings of the division, as he was spokesperson in the past.

As the new Director General for the Indian Council for Cultural Relations (ICCR), Dinesh Patnaik will consolidate the government’s push to promote its cultural, heritage, history, tourism objectives and showcase the diaspora, with the ICCR being rebranded as the government’s “soft power” vehicle.

Mr. Shringla also reshuffled a number of joint secretary level postings on Thursday, including appointing Anupam Ray, who has returned from the U.S. — where he was Consul-General in Houston and organised the “Howdy, Modi” event — to head Public Policy and Research, which also entails planning the MEA’s flagship Raisina Dialogue conference in January.

One of Mr. Shringla’s first big tasks after returning from Washington, where he was Ambassador, will be planning the 3-city, 3-day visit of U.S. President Donald Trump expected on February 24-26. He will be assisted by his replacement Taranjit Singh Sandhu who is moving from Colombo shortly, in order to work on the visit.

New appointments to key capitals, including Singapore, Paris, Kathmandu, and Ottawa, have also been made, and decisions over the next envoys to London, and the two United Nations postings, Permanent Mission (PMI) in New York and Geneva will be due later this year.

In other changes, 1999 batch Indian Foreign Service (IFS) officer Rudra Gaurav Shresth was appointed Officer on Special Duty (OSD) in the Prime Minister’s Office (PMO) on Friday. Mr. Shresth is currently Deputy Chief of Mission (DCM) in Thimpu, Bhutan. Earlier, he served as India’s High Commissioner in Mozambique and in the policy planning and research division in the MEA.

In the PMO, he will replace Joint Secretary Gopal Baglay, who is moving to Colombo in Sri Lanka as India’s High Commissioner.