Indian Ambassador to the US Harsh Vardhan Shringla is one of the finest diplomats who in a very short time won hearts of the American officials and government.

Indian Ambassador to the US Harsh Vardhan Shringla is one of the finest diplomats who in a very short time won the hearts of the American officials and government as well as the Indian diaspora, according to the community members here. Shringla, who has been appointed as India’s 33rd foreign secretary, leaves Washington for New Delhi on Sunday to assume the responsibilities of his new assignment later this month.

‘Man of all seasons’ 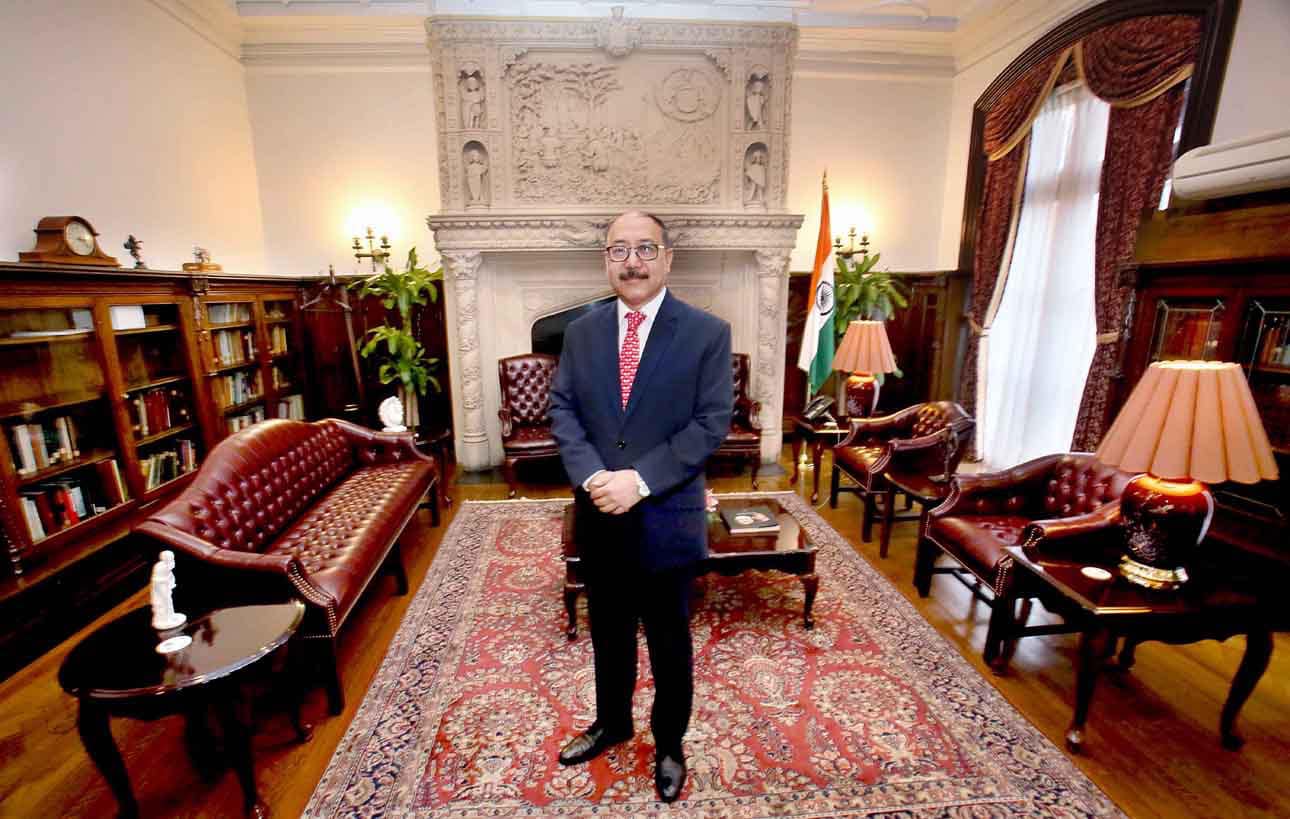 “Ambassador Shringla soon after arrival had to become India”s Sir Thomas More, a ”Man for all Seasons,” and dealt with many issues – from pride to stress to argument – crammed into one short year with goodness, grace and honesty, rather than traditional non-committal diplomacy,” Indian-American attorney Ravi Batra said, summing up his short tenure in the US. A 1984-batch foreign service officer, Shringla successfully served as India”s Ambassador to the US for about a year. The 57-year-old diplomat arrived in Washington DC on January 9, 2019. Within two days he presented his credentials to President Donald Trump at the White House.

Soon after his arrival here, he was faced with the crisis of arrest of scores of Indian students, who had taken admissions in a fake university set up by federal authorities as part of their efforts to unearth a visa racket. These students were detained at various places across the US. He quickly organised all the Indian diplomatic missions in the US and made sure that each of these students was met with Indian officials and were given consular access. In a few weeks, most of the students either left for India or were allowed to pursue their educational ambitions in other academic institutes.

Understanding the importance of Indian students in the US, who as per latest figures number more than 200,000, Shringla took several initiatives to engage them and address their concerns. During his tenure, Shringla travelled to 21 of the 50 American States. In addition to his official engagements, in each of his visits, he made it a point to interact with the Indian students in those States and have a separate meeting with the community members. Through the Indian Embassy portal, he started an Indian students” registration program so as to have direct contact with them.

“He was a people”s Ambassador. Normally an ambassador is not accessible. But he can not only be contacted anytime but also he resolves the issues with promptness,” said Prem Bhandari, head of Jaipur Foot USA, who in his capacity as a community leader frequently interacted with Shringla on issues related to the diaspora, in particular, the Overseas Citizens of India or OCI card.

During this holiday season, for instance, to facilitate a number of OCI cardholders who had not got their cards reissued, Shringla ensured a relaxation in the process for six months. As part of simplifying the OCI issuance, the application form has been modified from two-step to one-step process. Most of the passports and visas are now issued the same day. In 2019, the Indian diplomatic missions in the US issued more than 123,000 passports, 115,000 visas (this is in addition to the e-visas being issued) and more than 90,000 OCI cards, reflecting that the embassy and consulates remain sensitive to the concerns of the Indian community.

“Shringla is one of the finest diplomats who in a very short time won the hearts of the American officials and government as well as the Indian community. He became very popular due to his friendly and easy-going personality,” said community leader Jay Bhandari. At a welcome reception hosted for him by the community, Shringla stood for about three hours to have personal pictures with each of the attendees. 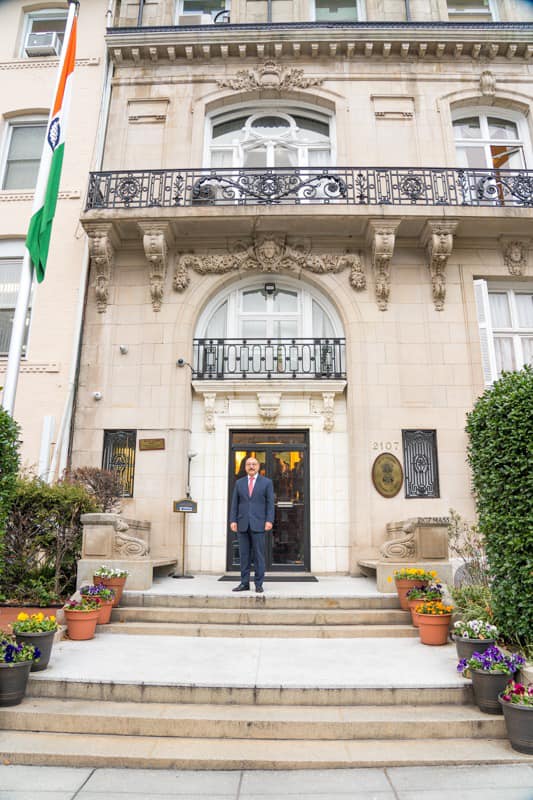 While the issues of thousands of asylee community, most of whom are from Punjab, were taken in New Delhi, he ensured quick issuance of passports and visa to the asylees and their family members. He also frequently interacted with the Sikh community. Social media platform was used extensively as part of his community outreach. A glance at the twitter and other social media feeds of the embassy and its consulates reflects the appreciation by the community members.

For the first time ever, Shringla helped organise an event at the US Capitol in commemoration of Jaipur Foot and its contribution towards the physically challenged. In all his interaction with US Congressmen and Senators, he brought up issues related to the Indian-American communities, in particular, the H-1B and the Green Card.

In about a year, Shringla met over 160 American lawmakers. In particular post-August 5, Shringla spent days after days at the US Capitol meeting with the top American lawmakers and briefed them about the situation in Jammu and Kashmir. “He believes in preventive-diplomacy. He understands the value of engaging the Congress and the Diaspora. Though his tenure has been short, this has been one of the most impactful ones in recent years,” said Chicago-based Dr Bharat Barai. 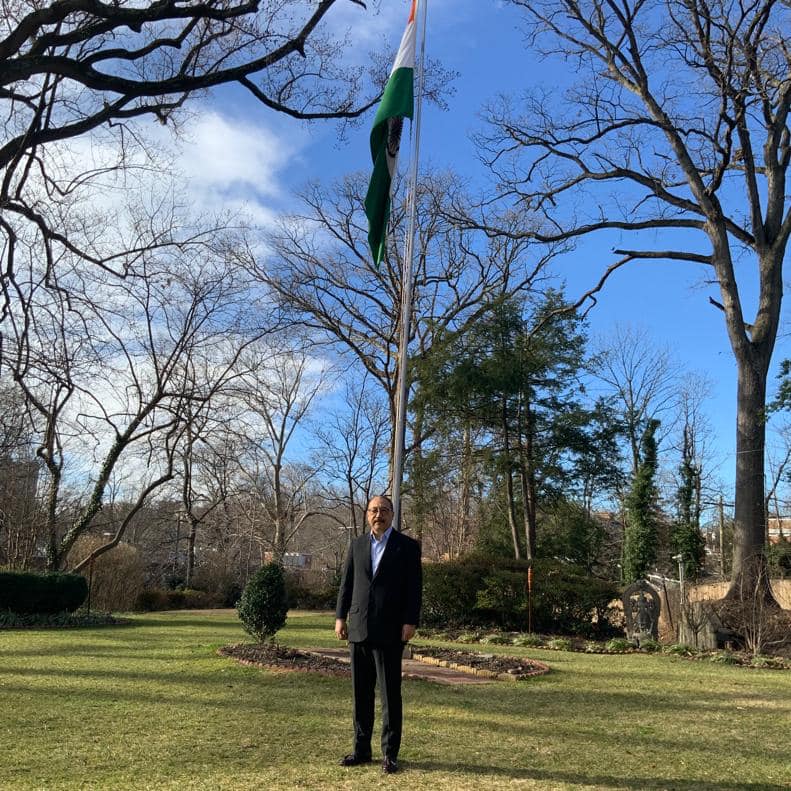 At the US Capitol, he led several innovative initiatives to commemorate the important milestones, including the 150th birth anniversary of Mahatma Gandhi and 550th Birth Anniversary of Guru Nanak Dev. “Shringla has dealt with an issue of pride, ”Howdy Modi!,” to issues of stress, students in a fake university, S-400 and trade tariffs, to issues of argument, as with Kashmir, CAA and NRC,” said Batra.

“India”s outreach in the US has been more productive because his teammates have followed his style of – what I call ”honest diplomacy,” and which he calls ”preventative diplomacy”,” he said.

Amazon CEO Jeff Bezos is on a visit to India In terms of alliances, the 21st century would be about the

Sidharth Malhotra dropped the first poster of his next film ‘Shershah’ on the occasion of his 32nd birthday. S