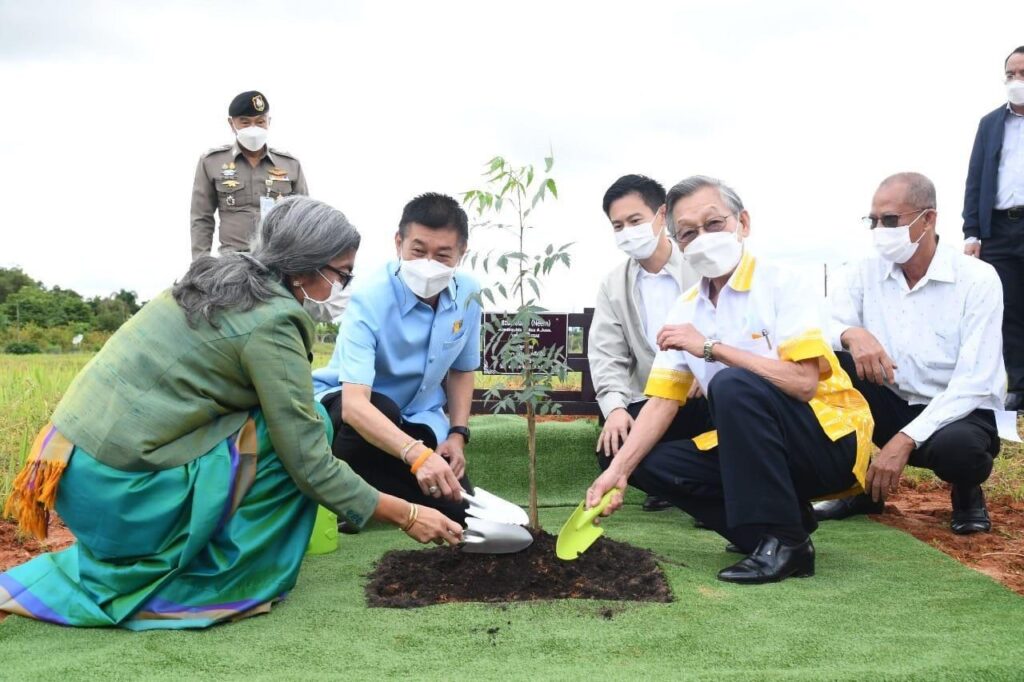 H. E. Mr. Chuan Leekpai, President of the National Assembly and Speaker of the House of Representatives of the Kingdom of Thailand and Ms. Suchitra Durai, Ambassador of India to Thailand, together with Members of Parliament, Governor of the Province of Trang and other dignitaries and senior officials of the Royal Thai Government and of the Government of the Province of Trang, planted neem saplings at the Plant Propagation Centre at Mueang District of Trang Province at a plantation ceremony held today.

The neem seeds were gifted to Thailand by India through the Indian Council for Agricultural Research as a gesture of goodwill and as part of regular socio-cultural heritage exchanges between the two countries. Both the Embassies in the respective countries coordinated the transport of the neem seeds from India to Thailand last year, and thereafter the neem seeds were handed over to an expert facility in Thailand where they were grown into saplings for plantation purposes.

Neem or Azadirachta indica has a special significance and a place of pride in Ayurveda and Indian traditional medicine. Ayurvedic texts in Sanskrit describes neem as ‘sarva roga nivarini’ or the universal healer of all ailments, ‘Arishtha’ or perfect, complete and imperishable, and ‘Nimba’ which means ‘to give good health’.

The gifting of neem seeds to Thailand and the saplings plantation ceremony at Trang coincides with the celebration of the 75th anniversary of establishment of India-Thailand diplomatic relations.