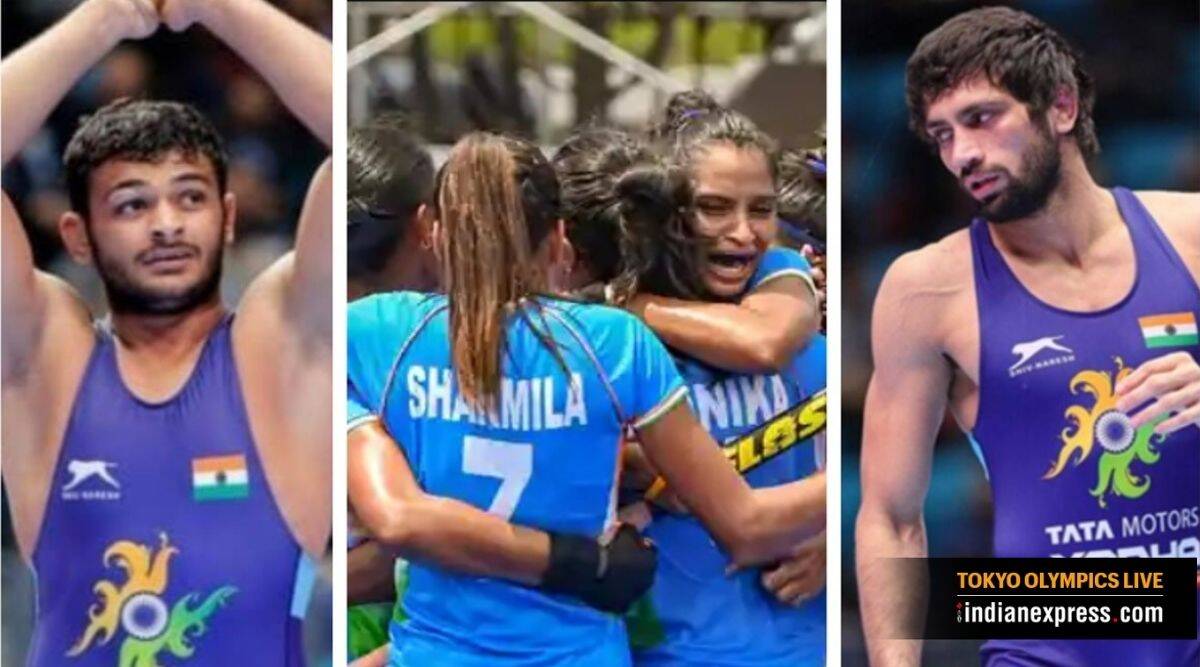 Tokyo Olympics 2021 India, Day 12: India’s action on Wednesday had a moment of spirits being lifted as boxer Lovlina Borgohain won a bronze medal, India’s third medal at Tokyo 2020 and the second bronze medal. Assam’s Borgohain bagged the bronze in women’s welterweight category after losing 5-0 against reigning world champion Busenaz Sürmeneli of Turkey in the 69kg semi-finals. Even though she was outplayed, Lovlina became India’s second woman boxer with an Olympic medal after Mary Kom in 2012 London Games. Ravi Dahiya then claimed a sensation result in freestyle 57kg Wrestling. Despite being 2-9 down, he fought back in the last minute to win by Fall (pinning your shoulder’s opponents to the mat). He will play the Gold medal match tomorrow. Deepak Punia lost his Semifinal and will fight in the Bronze medal match tomorrow.

Neeraj Chopra qualified for the men’s javelin throw finals by topping the Group A qualification with a throw of 86.65m, but Shivpal Singh failed to do so in Group B. On the other hand, India faces Argentina in the women’s hockey semi-finals later in the afternoon. In their third-ever Olympics, it will be their first-ever last-four appearance. In wrestling, both Ravi Dahiya (57kg) and Deepak Punia (86kg) won their opening two bouts and made their way into the respective semi-finals. Anshu Malik, who lost her opening bout in women’s 57kg, will compete in the repechage round next.

In the last Indian participation for the day, the women’s hockey team lost 1-2 to Argentina despite taking an early lead, thus ending their golden dream. They will be up against Great Britain in the Bronze medal match.