The Indian women’s hockey team on Wednesday went down fighting at the Tokyo Olympics, losing their semifinal to Argentina 2-1. The team will fight for Bronze 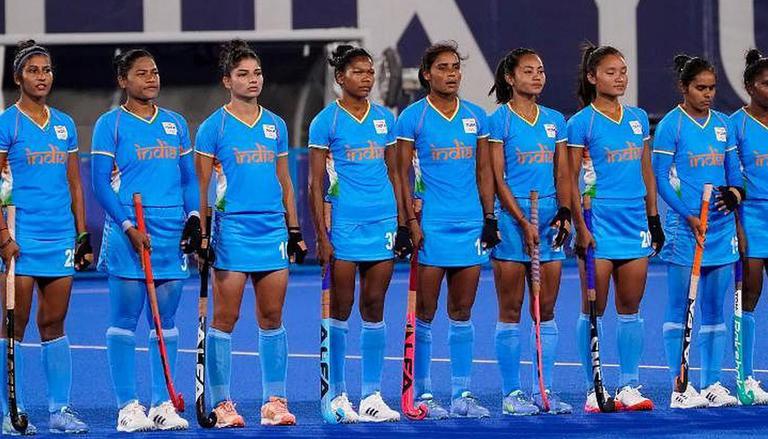 The Indian women’s hockey team on Wednesday failed to qualify in the finals of the Tokyo Olympics as the Rani Rampal-led squad were defeated by world no. 3 Argentina 2-1. However, hope of ensuring another medal for India is still not over for the Indian Women’s hockey team as they will now play for the bronze medal. The team showcased some brilliant performances through the match, however, even scoring within a few minutes of the first quarter. The first and only goal for India was scored by drag-flicker Gurjit Kaur as she put the ball to the opposition’s net after earning a penalty corner.

However, it was Argentina’s day as skipper Noel Barrionuevo brought her country back in the quest for a Gold medal as she scored an equaliser in the second quarter via a penalty corner. Following that, Barrionuevo put Argentina ahead when she scored her second goal of the match in the third quarter of the match.

Our Women’s Hockey Team is ready to take on #Argentina in the semifinal at the #Tokyo2020 in some time. Are you ready for an action-packed match?
Stay tuned for live updates and #Cheer4India pic.twitter.com/1PGeWqM4gr

Notably, Argentina’s women’s team has never won an Olympic hockey gold medal but clinched silver at the 2012 London Games and the 2000 Sydney Games. Coming back to the Indian women’s hockey team, their best performance came in the 1980 Olympics in which they finished 4th on the points table, something they can improve on in the bronze-medal match.