Priyanka Chopra rules out duet with Nick Jonas: ‘Not going to expose myself by trying to sing with him’

Priyanka Chopra said that she has no plans to collaborate with Nick Jonas musically. She called him a ‘prodigy’ and quipped that she did not want to ‘expose’ herself by teaming up with him.

Priyanka Chopra has ruled out the possibility of a musical collaboration with her husband, Nick Jonas. She called him a ‘musical prodigy’ and said that she does not want to ‘expose’ herself by performing a duet with him. 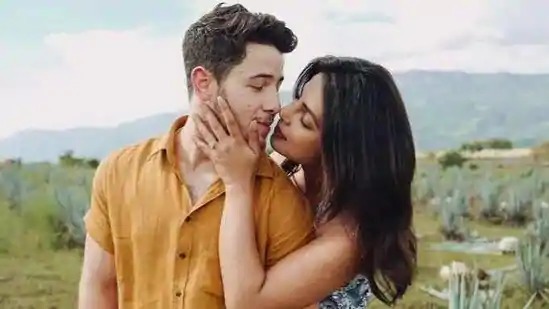 In 2012, Priyanka made her debut as a singer with the single, In My City, featuring will.i.am. She also released two other songs, Exotic and I Can’t Make You Love Me. However, in the last few years, her focus has shifted mainly to acting and production, with music taking a backseat.

During an interview with ET Canada, Priyanka was asked if she is planning to revive her musical career with a collaboration with Nick. “No, girl! Are you kidding? He is like a musical prodigy. I am not going to expose myself by trying to sing with him!” she said.

“Music was a chapter I kind of put a pin in a couple of years ago. I just haven’t had the time to go back. There are a lot of other things that have sort of taken priority. And I think it is alright. A big reason why my book is called Unfinished is that as well… It is okay to leave stuff behind if it is not an asset anymore, if it is not something that you feel like doing or if you feel it makes sense in your larger scheme of things. It’s alright, you don’t have to button everything up in a neat bow. It’s life, it’s messy,” she added. She maintained, however, that she is ‘not averse’ to singing again.

Priyanka recently turned author with a memoir titled Unfinished, which chronicles her journey from childhood to becoming a star in Bollywood and Hollywood. She also wrote about her love story with Nick.

Source: Priyanka Chopra rules out duet with Nick Jonas: ‘Not going to expose myself by trying to sing with him’